Lack of Education on Nutrition to Younger Generations 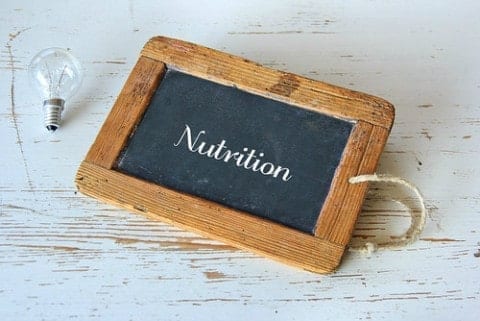 In recent years, it has been brought to many people’s attention that it is becoming more and more important to educate young students about proper nutrition and food in order to improve overall health.

Around the world, primarily in the United States and the United Kingdom, obesity, eating disorders and food poisoning are becoming more pressing. In the United States alone, “In the United States today there are reportedly 8 million people who have suffered or are suffering from eating disorders, 34 million people overweight, and an estimated 80 million cases of food poisoning annually” (Buechel). The fact of the matter is, if education on proper nutrition and health were a priority in school environments, these numbers are likely to go down. If we were to teach younger students now when they are at their most vulnerable learning period rather than later, there is the potential of making a large impact on their health in later stages of life.

In the beginning of infancy and childhood, children progressively learn eating habits as they grow and develop. At younger ages, the family plays the most important role in this process because they are responsible for feeding the child, setting an example and encouraging different behaviors depending on the family’s norms. However, as children become more exposed to public settings, such as a school, and are beginning to learn how to be independent, it is vital that educated professionals step in to teach about nutrition. If this were to happen around the world, a positive change can happen. Fortunately, many people have begun to recognize that there is a lack of education in this field. So, multiple solutions have been presented. In the UK, for example, teaching kits were created in order to provide support on how to better educate the young generations. These teaching kits were created by a former primary school teacher and a registered dietitian. On the other hand, the main solutions presented by most people are that schools should prioritize the education on nutrition and eating habits, whether it be a four-year course or more of a priority to discuss in a health class. Promoting health in a school setting is the most suggested solution as schools can provide an efficient and effective way to “reach a large segment of the population: young people, school staff, families and community members” (Aldinger and Jones).

However, there are objections and other perspectives that have also been presented. First of all, one main drawback to this solution is finding the best teachers to do the job, as well as properly training the teachers. Similarly, budgets may come in the way, as there may not be enough money to find teachers, train teachers, pay the teachers, and find the classes. It has also been brought to attention the fact that it can be difficult to find access to healthier foods for cafeterias to serve at the schools. Healthy foods are more expensive, which can affect a school.

Overall, many people are ready to work towards creating a solution to this problem. Younger generations require the proper education on nutrition and what really matters when it comes to living a healthier lifestyle. With this education, numbers in people suffering from eating disorders, living with obesity, and other issues regarding lack of knowledge about nutrition will likely decrease in the future.

Lack of Education on Nutrition to Younger Generations by Kaitlyn is licensed under a Creative Commons Attribution-ShareAlike 4.0 International License.