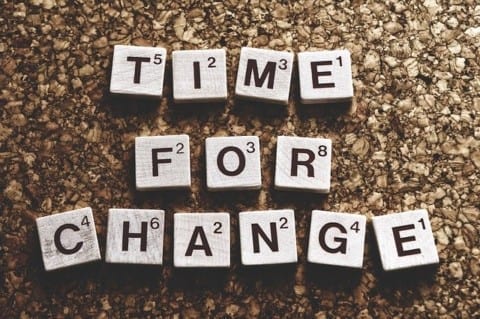 Do you think that construction teams that are in unions are treated the same as construction teams in non-unions?  What is a Union? “Labor unions exist for a wide variety of professions, representing everyone from construction workers to doctors. A labor union is an organization of workers dedicated to protecting their interests and improving wages, hours and working conditions”(Silverman, Jacob. “How Labor Unions Work.” Google, Google, www.google.com/.).

The article that supports my claim by proving inequality in nonunion’s, by Oakland Post  (which is a credible source because Oakland Post is a credible group that talks about how construction is) states, ”City of Oakland staff held a meeting this week to discuss a proposed public lands policy, which would include a labor agreement with the Alameda County Building Trades Council that some critics fear would undermine the few jobs that exist for African-American construction workers on city-connected projects” (Oakland Post). That non-union teams will be affected, this article is also proving that only some jobs with African Americans will be undermined because of some of the critics and their fear. This isn’t good and because of the critics African Americans may be excluded. It is illogical that Afican Americans may be undermined.

The article that supports my claim by proving safety is, by Union Plus (maybe) wrote, “unions are associated with higher productivity, lower employee turnover, improved workplace communication, and a better-trained workforce.

There is a substantial amount of academic literature on the following benefits of unions and unionization to employers and the economy:

(Union Plus). After reading the article I know it is talking about the perks that Unions have, one of them is “Workplace health and safety” which is fine, since non-union construction teams are nearly the opposite than a union which means it’s not safe and the perks aren’t as good.

The sentences that supports my claim proving equality, by Lawrence Mishel is“Construction is a sector that has historically excluded black workers—including the unionized portion of the industry. Giving rejuvenated adult workers access to excellent jobs is an important part of closing our large and persistent racial wage inequities, so this is a critical issue. It was on this basis that many progressives have been hostile to infrastructure spending in the past: it provided jobs in a sector where it was well known and documented that black workers had been excluded from opportunities” (Lawrence). This quote is showing that unionized Construction teams are very great for rejuvenated adults and involve a plethora amount of people to have successful jobs.

People may argue that non-unionized construction teams should remain the same. An article by Ron Roberts,

I often get asked whether a contractor should unionize or not. I always respond with three questions:

“Which market are you planning to serve?”

“Which trade are you talking about?”

“How thoroughly do unions dominate your area?”

The point of my questions is this: Can you be competitive if you are unionized?

Your chosen market plays a huge role in your decision.

Commercial developers rarely show preference to union contractors. Since non-union shops’ primary competitive advantage is low cost, they have a leg up when chasing small and light commercial work”(Roberts). This quote by Roberts is great for those who believe that non-unionized construction teams should remain the same and that they can choose what to be.

In conclusion, After analyzing some research and conducting interviews, it is clear that non-union construction teams aren’t equal and not everyone feels safe therefore all construction teams should be in unions so they can all be treated equally. One reason is that “The union membership rate—the percent of wage and salary workers who were members of unions— was 10.5 percent in 2018, down by 0.2 percentage point from 2017, the U.S. Bureau of Labor Statistics reported today. The number of wage and salary workers belonging to unions, at 14.7 million in 2018, was little changed from 2017. In 1983, the first year for which comparable union data are available, the union membership rate was 20.1 percent and there were 17.7 million union workers”(https://www.bls.gov/news.release/pdf/union2.pdf). This is a useful reason because unions have been going through a ton of changes since 1983 since it was the first year for comparable data in unions. Another reason is since non-union construction teams are not as well as union team is “Union Membership Gives Strength in Numbers. … Union employees make an average of 30% more than non–union workers. 92% of union workers have job-related health coverage versus 68% of non–union workers. Union workers are more likely to have guaranteed pensions than non–union employees”(Union Plus / https://www.unionplus.org › page › benefits-union-membership), this is an excellent fact to show that non-union construction teams should switch to unions. If non-union construction teams don’t change to a unionized team then I think that not everyone in NU(non-union) will feel safe, now remember the future can be changed but sooner or later it will become the past and it will be irreparable. If we fix our future by unionizing non union construction teams than we will enable a simple and equal future.

Summary of Interview: This interview is about an Oakland Construction worker speaking about his job and how Unions are great and why all construction teams have to be in Unions. Carlos Gutierrez is a credible source because he has been in a Union for over fourteen years. Also since the team he is is in a Union, the one before was also a Unionized team.

This article discusses that some of the critics fear would undermine(lessen the effectiveness, power, or ability, especially gradually or insidiously.This article is credible because it is firstly current and published in January 13, 2018