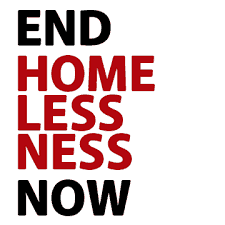 Do people, in general, know that in one night in the United States half a million children and adults sleep outside because they are homeless? (National Alliance to End Homelessness Program) This can stop if men or women try to volunteer and step up to help the community out so that homelessness can end.

A website that was found is a group that wants to help out the community but are trying to bring some homeless people to comprehend and adapt to all the rules. Some rules that they should have is that homeless people should clean up along the street line and clean up so that we don’t have a lot of trash. If homeless people don’t comprehend the rules then the mayor Libby Schaaf can order to take their homes away and go to a different space. In the article by “National Alliance to End Homelessness Program,” they want to take homeless people to bring themselves to public space, which I’m going to talk about later in the blog. The article “National Alliance to End Homelessness Program” states “ The Alliance works collaboratively with the public, private, and nonprofit sectors to build state and local capacity, leading to stronger programs and policies that help communities achieve their goal of ending homelessness”(Schaaf). This article is saying that this program works publicly or privately and they try to achieve to end homelessness. Also, this shows that there are other programs like this one that could or do the same concept but with other resources, a possible change in the future of Oakland and around the world.

One of the most important groups that are very helpful is the Bay Area Economic Institute because during 2015 the number of people has multiplied in the homeless rate around the Bay Area and now the Bay Area Economic Institute has sort of helping the community and is going to continue to go step by step to help the community out and try to clean up some of the messes around the bay area. “Bay Area Economic Institute” The article states “The number of residents who believe homelessness is the region’s top problem has nearly tripled since 2015”(Schaaf). This article is saying that people have thought about the topic of homelessness and people had said that it’s the biggest problem the Bay Area has since 2015 and they want it to change!. Also, if people do make a change now in the future there will be major consequences because there weren’t any changes done in the present. A prediction that I have is that in the future it will be too hard for any other group to stop homeless people from continuing to live on the street. What do you think?

In Conclusion, the problem with Oakland and the whole world is that the homeless people rate is growing by a huge amount and community people and organizations are contributing to the problem. If people can keep helping out the community there can be a big impact on the problem that the city struggles with.

I Interviewed him because he has been here more than me so I figure that he will now more about homelessness and how it affects us. This quote passes the CRAAP test because the quote that he gave me is up to date and comes from a credible source.

I interviewed him because In school he is learning about homelessness and how it affects us. Also, he could give me better and relevant information. This quote passes the CRAAP test because it comes from a good reliable source and it gives me good information about the topic.

I interviewed him because he was indeed an elementary teacher and he once taught us about the problem with homelessness and how can it be changed. This quote passes the CRAAP test because it’s up to date and it is a credible source because it shows relevant and useful evidence towards the topic.