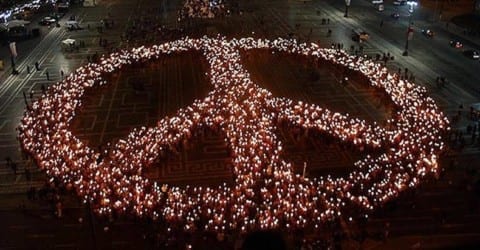 One reason why protesting is important in Oakland is because it creates movement. For example, Colin Kaepernick a famous football player, said “I love America. I love people. That’s why I’m doing this. I want to help make America better. I think having these conversations helps everybody have a better understanding of where everybody is coming from.” (John). This is saying that Kaepernick uses his spare time when he’s not playing football, on protesting and standing up for others. This matters because what Kaepernick said is that he believes that america could become a better place.

Another reason why protesting is important in Oakland is because it helps shape the community. Everytime a protest is occurring it helps give Oakland a better appearance. For example, Barbar Vega an interviewee said, “No a ido a un protest pero se que hacen una diferencia en nuestra comunidad” (Vega). She is saying that she hasn’t gone protesting but she supports it because it makes a difference in our community and Kapernick also said that.

Some people however might think that protest aren’t important. This is true because some people might think that protesting isn’t important in Oakland and is just a waste of time. For example in the article, How the Bay Area Turned the protest Movement Into a Way of Life by Paige St. John, she wrote, “And this being the Bay Area, some people plan to bring their dogs to the event Saturday and then leave dog droppings behind in a counter-protest against the right-wing forces”. This means that some people don’t have any respect for the positive space and the community that others are trying to build to make Oakland a better place. People should be mindful because protests are always for good causes.

In conclusion, protesting is important in Oakland because it will help us support one another to shape our community and create movement.  even famous people that are busy make time for protests because they believe that protest is something great that’s helped our community. Protesting is gonna have a positive effect because the community will come together and make a change.

This article is talking about the history of protesting in the Bay Area. Paige writes on the fact that the Bay Area has always been a hub for people to express their feelings about different events and issues in our country. This is credible because it was made 2017. This is relevant to my topic because its talking about the topic Paige St.John has the authority to write this article because Paige St. John won the Pulitzer Prize for investigative in 2011, and she covers state politics.