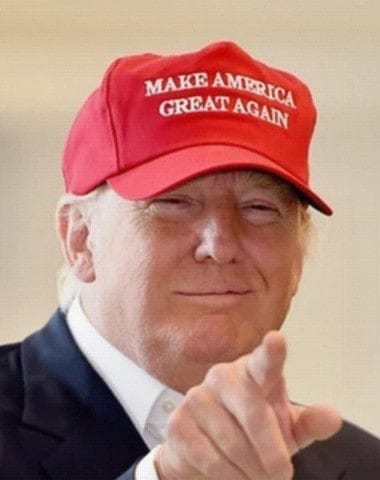 Did you know many recent immigrants don’t ask for help because recent, undocumented immigrants think that there is no help for them because they are not from the United States. Immigrants are people that come from other countries to the United States and weren’t born here. Many immigrants come to Oakland because there are a lot of opportunities here in Oakland compared to other places. However, current citizens  don’t realize the impediment that immigrants have or had to go through. For example, Willian Figueroa, an Oakland resident who immigrated 18 years ago said “When I came to Oakland I had to look for a job in front of Mcdonalds” (Figueroa). He went there because he saw other immigrants just standing there. He did not know there were support systems available. And he did not have a way to even ask for help because he did not know how to speak English. Figueroa had a hard time Adapting to Oakland because it’s so very different from Guatemala but through the years he learned. Based on research and some interviews there are a lot of opportunities in Oakland for immigrants such as free lawyers, and clinics and it is important recent immigrants know about it.

Did you know that 40% of Americans in the United States can’t afford a lawyer? If Americans can’t afford to pay for lawyers, the number of percentage for recent undocumenteed immigrants would be higher. Firstly, Oakland is very supportive because of its free legal support. For Example, in Justicia Lawyers the website shows Lawyer names with phone numbers and where the lawyers are, so the immigrant can receive the best lawyer. Justicia Lawyer states, “The U.S. Citizenship and Immigration Services (formerly the Immigration and Naturalization Service) and Immigration and Customs Enforcement are components of the Department of Homeland Security and handle the processing, enforcement, and adjudication of U.S. immigration matters”(Justicia Lawyer). What this is showing is that the lawyers can help with any legal case immigrants have. The lawyers will try their best to help them for free. This is very important for people that have just come from their countries to the United States because many people want help with their cases but they don’t have enough money to pay for a lawyer, to fight for their case. Good thing there’s Justicia Lawyers because they can help immigrants and fight for their rights.

Another way Oakland supports immigrants besides free legal services is really cheap clinic services. For example, Immigration Institute of the Bay helps immigrants that are eligible for immigration relief. This institute focuses specifically on immigrants. Immigration Institute of the Bay said “People with general immigration questions should come to the Oakland Office’s walk-in General Immigration Clinic every Thursday from 9:00 am to 12:00 pm and from 1:00 to 5:00 pm. The fee for the general consultation is $30” (Immagration Institute of the Bay). This is shows that immigrants that qualify for Oaklands walk-in clinic, can receive checkups from the price of only $30. This is a really important opportunity for people that qualify for this walk-in clinic because it’s really cheap and many immigrants can stay healthy. Also, immigrants that are in the United States, could check in, to see if they qualify so they can receive the check ups because when immigrants just come from their countries they often don’t have a lot of money and they need help.

On the contrary if Oakland didn’t have Free lawyers and cheap clinic services, immigrants would feel degraded. For instance, Willian Figueroa a Oakland citizen, for 18 years shares, “When I first got to Oakland I didn’t have somewhere to stay” (Figueroa). Oakland, when Figueroa arrived, excluded recent undocumented immigrants. Figueroa had to pay for rent the first day he came to Oakland, what he had to do was borrow money and pay later on when he did have money. This is a problem because immigrants already have to pay, the person that brought them through the desert all the way to the United States. And then, immigrants have to also borrow money to live in Oakland because they do not have money, but need a roof over their head to make money. Now, Oakland is a proponent of internet services has more and other cities should learn from them.

In conclusion, Based on research and interviews there are a lot of opportunities in Oakland for immigrants such as free lawyers, and clinics. Oakland cares about everyone, the homeless, immigrants, children.. Immigrants are not aliens they are humans and should get the help immigrants need.

Justia California Lawyer Directory gives you information of lawyers so recent undocumented immigrants can get a lawyer that can help them with their legal case in oakland. This did not pass crap test but I believe it’s still good information because it didn’t have an author but the thing is that since it is an organization its not one person, it’s a lot of people. Then, it doesn’t say when the information of the lawyers was published, but immigrants can still get help because they do answer. This connects to my topic because immigrants get free lawyers for their legal cases.

General Immigration Clinic is open from 9:00am to 12:00pm and from 1:00pm to 5:00pm and any immigrant can go to the clinic for the cost of only $30 if they qualify. This website does not pass the craap test because it has no author. There is no Author because it’s also an organization so that means it’s not only one person. There is no published date but its recent because the clinic is open and helping immigrants right now. This connects to my topic because immigrants don’t have a lot of money to get check-ups so this organization helps those immigrants get check-ups for only $30.

Willian came to Oakland 18 years ago, and he was also a undocumented immigrant before. Willian’s interview is credible because he has gone through the same things immigrants have or had to go through. Also. he has lived in Oakland for the full 18 years, he has been living in the United States so he knows Oakland very well.

Tags: Help for immigrants Immigrants in Oakland Life Academy of Health and Bioscience Oakland Undocumented immigrants
Share this
1 like
5 Comments