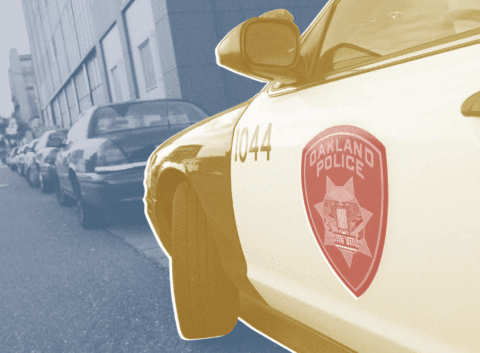 There has been an overwhelming amount of cities that have to deal with police brutality in the U.S., But to be honest, The writer believe’s that 1 of the most controversial cities that incorporates police brutality is Oakland. Did you know that Oakland is the 14th most dangerous country in america, “With a crime rate of 74 per one thousand residents, Oakland has one of the highest crime rates in America compared to all communities of all sizes – from the smallest towns to the very largest cities. One’s chance of becoming a victim of either violent or property crime here is one in 13”(Neighborhoodscout). Oakland is 1 of the most controversial cities because the police brutality in Oakland has been happening for 50 years, plus the low reports of police brutality, even though it appears to be different, and the fact that the residents Oakland have to see police brutality and see this as part of everyday life.

First, Oakland has a long history of police brutality in their communities. And even in the early years of police brutality it was still awful and could have gotten better. But as  Naycet Bernal said in the article “The Effects of Police Brutality In Oakland,”“Black innocent people are getting killed every day by the Police in Oakland, California. What are we going to do to stand up to this oppression? This been happening for almost 50 years, as explained by the Guardian that, “In 1968 OPD officers shot and killed Bobby Hutton. The 17-year-old Black Panther party member was involved in a shootout with police, but surrendered and stripped down to his underwear to show he was unarmed. However, he died after being shot by police at least 12 times” (The Guardian). This is basically saying that black people that are innocent are dying to police brutality now and even back in the 1960’s. And the fact that Oakland has a long history off this means that their could have been worse events in Oakland. This can already shows that the police brutality is severe in Oakland and that fact by itself already.

Secondly, In the city of Oakland police brutality probably hasn’t changed in the brutal part, it is the incidences of police brutality that has changed a substantial amount, on the website The appeal wrote, “Data was released by a ranking officer and in July it confirms that some police have been failing to report use of excessive force. There were incidents of where the responding officer didn’t do the right thing and neglected their use of force” (theappeal). This is basically saying that police are failing to report arrest were they use force and it is raising suspicion. This can be inferred as that police might being under report incidences where they used force in instacences where they used an extensive amount of force just because they attempting to get rid of the police brutality which can also been seen as a way of the O.P.D of trying to increase erasure in the Oakland community by getting rid of the stories. So overall, it can be inferred that is also controversial because Oakland is getting erased by the system can be related to Oakland being controversial because Oakland is kinda known for police brutality and it seems if that they’re trying to erase being known for that but are they going the right way. That why it is up to us to find a solution before Oakland goes on a downfall.

Oakland is one of the most controversial cities in america when it comes to police brutality. This is true because there are low account of police brutality yet Oakland is mostly known for police brutality. Police brutality in Oakland has been happening for the last 50 years and instead of changes occuring they try to erase the stories of others and silence the people instead of comforting them. That is why it is easy to predict if there isn’t a change Oakland will have a huge a down fall and more crime rates will go higher and more bodies will pile up!

This article discusses the effects of police brutality in oakland and the stereotypes of a person of color. This article is a credible because it was written above 2012 and was on a credible website.

BondGraham, Darwin, et al. “Oakland Police Have Been Systematically Underreporting Use Of Force.” The Appeal, https://theappeal.org/oakland-police-use-of-force/.

Basically this article is saying that police articles are failing to report arrest were they use force and it is raising suspicion.This was written in 2013 and after that is was written by aye person in the judicial system.

Elgoog, David. “Interview.” 3 Dec. 2019. He’s is credible because he has had many jobs in the youth advocate community and has seen a lot and been through alot.