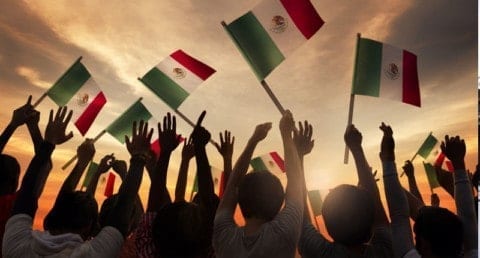 “I was 32 when I came to the US the first time, in 1998. The violence and crime in Mexico was getting worse, and work was getting harder to find. My brothers said getting there might be hard, but it would be worth it because I’d earn more. A better future, right?” (Bacon). Fidel Antonio, a day laborer, had to migrate to the U.S in order to support his family, because he didn’t want his children to experience what he went through. The following, will take a closer look on the undocumented migrants living in the U.S with an emphasis on their role in society and the struggles they undergo. Migrants play a vital role in America’s workforce and economy, but still face loads of struggles when it comes to money, education, and their overall life in the U.S.

Migrants play an essential role in the U.S economy and workforce, from picking up fruits and veggies, building and cleaning, to taking care of babies. Migrants work diligently to be able to provide for their families. The article titled, “These U.S industries can’t work without illegal immigrants” by Mary Jo Dudley, discusses the importance of migrants and their roles in completing the work. Dudley wrote,
“For example, in 2014, unauthorized immigrants made up 24 percent of maids and cleaners, an occupation expected to need 112,000 more workers by 2024… In 2017 research conducted by the Cornell Farmworker Program, 30 New York dairy farmers told us they turned to undocumented workers because they were unable to find and keep reliable U.S. citizens to do the jobs.” (2019). In other words, undocumented people are filling up more of the jobs, and it is anticipated that they would need more. Deporting migrants would only complicate the workforce and the U.S economy would worsen. Many employers seek undocumented people because they know that no matter the harsh working conditions, migrants have no other choice than to take that opportunity. Considering the limited opportunities that migrants have, there are several employers who take advantage of their necessity for work and most of them are exploited.

One way undocumented workers are exploited is through what is called “Wage Theft” which is when employees are paid less money than what’s expected for the work they do. According to Deepa Fernandes’ article, “Undocumented workers fight for wages under the threat of deportation”, several workers are being paid a deficit amount of money while living in fear. Fernandes wrote,
“After weeks of working on the ranch, the man said his boss shorted him on his paycheck. He repeatedly asked to be paid in full but received a text message that he said read: ‘Illegals like you should return to their countries, soon immigration will visit you.’” (2018). In spite of having quality workers, the boss decided to take advantage of the migrant worker by threatening to turn him in to the Immigration and Customs Enforcement (ICE) agency. For this reason, undocumented workers are stuck with dealing with the degrading and unfairness for they have no choice. Moreover, the role that migrants play to support the U.S economy should be praised and enlightened by the employers and the entire society as a whole.

Although migrants are forced to put up with unfair working conditions in order to provide for their families, there are still other everyday struggles they deal with. One of these everyday struggles is that constant fear of being deported and/or being separated from their families as a consequence of deportation. In the article, “Meet the Oakland Lawyer Working with Immigrants in 2017” written by Emerson Collective, describes a lawyer, Mindy Philips, who tries to aid migrant families on “the new Administration’s executive orders on immigration.” Philips emphasizes, “‘People are scared,’ she says—and this was before Immigration and Customs Enforcement (ICE), in adherence to the executive orders, began stepping up deportations. Of course, fear has always been an undercurrent in communities where people are undocumented.” Even before when ICE wasn’t as active, undocumented people would fear the day would come where they won’t come home to their families and/or be deported. Nowadays since ICE is more active due to President Trump’s administration, more undocumented people fear even setting a foot outside their own home. But someone has to provide for the family and take that risk. Furthermore, implementing terror of deportation on others transcends to future generations to come and leaves several in lifetime trauma.

Additionally, in an interview with Juan Mendez, a migrant from Guatemala, explains what life is like being a day laborer. Mendez states, “It was difficult for me at times, all the costs building up, and I still didn’t have the money I needed to help out my family back in Guatemala.” (2019). Mendez struggled to keep himself afloat and also his family. Along with that, in another interview with Candido Martinez, a migrant from Mexico, describes the obstacles he faced when migrating to the U.S at the age of 14. One of these struggles was obtaining a job since he was under age and the other struggle was not being able to continue with his educational path (Martinez). Martinez managed to rise up but still wished he had the chance to pursue higher education. The barriers that Mendez and Martinez came upon didn’t stop their resilience and determination.

To conclude, migrants play a crucial role in the U.S workforce and economy, in serving the communities’ needs, but when it comes to their own needs, they are far from being met. Countless migrants aren’t able to do anything to help their needs because of the limited opportunities they have, the threats they face, and lack of access to certain things like education and a fair paid job. If the U.S society is only focusing on deporting undocumented people who contribute to their economy, instead of other major problems like the environment, poverty, inequality etc, then the U.S system will only keep on deteriorating.

Bacon, David, and Fidel Antonio. “Day Laborer/Immigrant – Interview.” East Bay Express, Alameda County Community Food Bank (ACCFB.org) and the Multicultural Institute (MIonline.org). , 15 Jan. 2014, .com. Accessed 12 Dec. 2019.
This interview was about a day laborer and what his life is about, why he came here, what it was like, and what he did if he didn’t end up employed.
Dudley, Mary Jo. “ These U.S. Industries Can’t Work without Illegal Immigrants.” Cbsnews.com, 10 Jan. 2019, cbsnews.com.
This article discusses the importance of immigrants and their roles in this economy. Immigrants play a vita and crucial role in work that occurs in the U.S. Disposing of them by deporting them not only hurts them but also the economy, for they also pay taxes and do lots of dangerous work.
Martinez, Divianca, and Candido Martinez. “Migrant Stories.” 29 Nov. 2019.Martinez,
Candido Martinez is a construction worker that immigrated here to the U.S from Mexico and works for a better future for him and his family. Candido Martinez, my dad, is very hard working since he was young, success comes with the effort someone puts in to something and it’s a choice.

Divianca, and Juan Mendez. “Immigration – Interview.” 27 Nov. 2019.
Mendez works on construction for part time. He migrated from Guatemala to the U.S and since then has lived in Oakland for 8 years. Mendez struggled financially, but still strived to support his families needs even when the times were not always the best.
Fernandes, Deepa. “ Undocumented Workers Fight for Wages under the Threat of Deportation The World The World.” 20 Mar. 2019, .
This article looks closer at a specific story about an immigrant who wasn’t being paid correctly but he couldn’t do anything because he was threatened to be deported.org. He had been working for a long time already and his boss always lowered his paychecks, basically threatening him that if he spoke about that, that he would get him deported.
Philips, Mindy. “Meet the Oakland Lawyer Working with Immigrants in 2017.” Emerson Collective, Mar. 2017, .com. Accessed 12 Dec. 2019.
This article is about how there is a lawyer trying to help immigrants by informing them. There is several undocumented people that live in fear. Even before when ICE wasn’t as active they were still scared, afraid that one day they won’t see their family again because of deportation. But now that nightmare is becoming true for various families.