How Do Gang Members Feel While In A Gang? 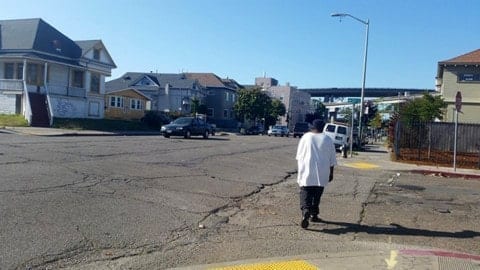 When you think about thugs, what comes to mind? Society might say probably a group of people with tattoos on their body, covering their arms, and head. Maybe scary people who love to rob and do drugs committing illicit. Or maybe big strong gang bangers. But gangsters aren’t like that, they are scared and degraded in today’s society. Some gangsters joined gangs because of the environment they were raised in, but it is mainly fear. Fear of either getting rejected by others in their environment or fear because a gang is after them. Joining gangs can protect gang members from getting robbed or killed from opposing thugs. Based on research, gang members should be treated with respect because they might have wanted to join gangs for protection, but ended up setting themselves up for a scary dangerous life without even knowing.

What Does “Join For Protection” Even Mean?

To begin, gangsters have a hard life, some probably have came from another hemisphere to Oakland looking for an opportunity. But ended up being exposed to a hard life of violence and drugs because of the neighborhood they were put in. This can be proven by an article written by The Enquirer interviewing Javier, a gang member from colombia. Javier had escaped Colombia due to his family being in danger of a civil war going on. Javier and his family moved to Oakland because his father found a job cleaning boats.The Enquirer wrote, “But instead of escaping violence, Javier found himself surrounded by it. He’d unknowingly traded guerrillas for gangs. As he adjusted to Oakland’s colder weather and different food, he also learned which colors not to wear and which of his middle school classmates were gangbanging.”(The Enquirer) Javier had escaped violence just to see more violence making him join slowly because of his friends influence. When The Enquirer said “traded,” they meant that he had left Colombia and went to Oakland trading his old culture for a new culture where instead of fighting for guerillas (small group that fight against larger forces), he was now fighting for gangs. Knowing that Javier had came to Oakland and joined a gang allows us to look back at another reason why people might join gangs.  If we pay attention to his story, we get to know why we should respect people like him for trying to escape violence just to come for more.

Interview with Joie Fung told me what Oakland citizens think about why people join gangs. She is a student at San Leandro High School and lives in san leandro, but was raised in 98th street Oakland for 10 years. She walks to school and frequently goes through dangerous parts of Oakland to be able to meet up with friends or to attend programs. She has experienced some of her friends joining gangs and she herself has asked them why they have joined. Interviewer asked why do people join gangs and she said, “People can be part of a gang because of family members making them feel a bit better and if they are treated as family members by other people, they can most likely have a really good feeling about being in the gang.” (fung) People join because they want to feel accepted by others. Gangs are a way in which people from dangerous places in Oakland to get supported by other friends. When Fung said “treated”, she meant that gang members joined to feel empowered and respected and would love it. Understanding people’s view on gangs will make us understand what makes people feel scared about gang members. If gangsters understand the fear, then they can see how they should act to be more respected.

How does it feel to be in a gang?

Being in a gang also affects members mentally, thugs know they aren’t allowed to do some activities because of the risk of being shot. Even going into another neighborhood can be dangerous to most gang members. In the article, life on the streets of Oakland, CA, by author Stanley Greene, he had gone around Oakland asking gang members how they felt being in gangs, an anonymous gang member had talked about how it is like in Oakland to walk around people knowing they are a gang member. Stanley wrote, “…growing up in East Oakland, the ‘hood’ to some, places like Brookfield you just do not travel unless you are packing steel so the gang bangers stick to their own hoods, and when you go to someone else’s hood, you do not disrespect them, ‘cause if you a’int from there, then there is a good chance you will not make it out alive.”(Greene) In east Oakland, people are born to a neighborhood, if it is in a gang territory, they can be seen as a part of them and they wouldn’t be able to go out to other neighborhoods because of the danger they can encounter. When Greene said “stick” he meant that gangsters from their own street need to stay with their own people because going with other people meant that they can harm them. If we understand this story, we get to see how gangsters feel scared on a daily basis, going to another neighborhood a not very scary action but for them, it’s a risky situation that can get the hardest gangster scared.

On the other hand…

Gangsters are also responsible over a lot of deaths, drug usage, and hospitalizations. Some gangsters can be dangerous such as the younger ones who barely have joined the gang. They can be the ones who shoot other people and steal. Younger OG’s have been through the hardest parts of being in a gang so they might be tired of it and would want to try to keep people out of them. In an interview with Martha Ramirez, She is originally from Mexico but moved to Oakland when she was 18 and has lived here for 15 years. Having to struggle making money and taking care of her kids in a new country. I asked her if she thinks gangs should be terminated or be kept in Oakland. She was against gangs saying that all they do is damage people’s mental state and makes people into killers. She said,“ I think the gangs should be terminated because they can kill people, they can serve drugs, they can harm people, and no one deserves to die for being in a group.”(Ramirez) Gangs are responsible for so many deaths and drug usage, no one should die for being in a group just because of drama. When Ramirez said “terminate”, she meant that gangs shouldn’t be something that people join, but they should be removed from the streets of Oakland and stop them from spreading around. Having an understanding of this quote, gangs would understand why they are so dangerous and what they should change to be less harmful to the community. If we don’t fix what gangs are doing, violence rates will become higher and it would be more dangerous to walk out in the streets of Oakland.

In summary, the next time you see a gang member, treat them with respect, maybe even try to get their story. They are sensitive people too but hide it with their hard attitude. Living life on the edge at risk of being killed everyday gets old and makes them want to leave, but sometimes leaving get them killed by if not their own gang, then other rival gangs. This life sounds and is scary and just supporting them can help them realize that there is more support outside of gangs and might support them to make their own programs that help others exit gangs and continue in school to make them more successful.

The article picked someone from Oakland to give their experience and show how they felt while living in danger. Javier escaped colombia to come to Oakland where his dad found a job. But jaier was surrounded by gangs and violence.This article interviews an actual gang member of Oakland giving him the opportunity to talk about his experience in the Oakland streets.

Article talked about people trying to help out others to make them be safer out in the streets of Oakland. Telling stories about others and how they struggle out in the streets of Oakland. Growing up in the hard streets of East Oakland as a gang member means that you have to be more careful of your surroundings and have to look out to where you are going because if you do something wrong, you might end up dead. The article was made in 2012 so it is relatively new and includes some facts that might still impact people today.

I interviewed Martha Ramirez about how she feels. according to her, She was against gangs thinking that there is where all of the drugs, violence, and deaths where from. She said Gangs are responsible for so many deaths and drug usage, no one should die for being in a group just because of drama. She is a credible source because she is originally from Mexico but moved to Oakland when he was 18 and has lived here for 15 years. Having to struggle making money and taking care of her kids in a new country. She has been in struggle because she came with no one in the U.S to help her so she lived in the ‘hood’ since she got to Oakland to now.

Ramirez, Jesus Alejandro, and Joie Fung. “What Do You Think about Gangs?” 29 Nov. 19AD.

I interviewed Joie Fung about gangs and she talked about how She was a little against gangs and how she has encountered multiple gangs on her way to school and has seen them usually just hanging out not doing anything. Being more on their side saying that gangs are like big families. She is credible because she herself has lived in east Oakland until she moved when she was 10 over to san leandro when her mom got a better job. She has been in Oakland for 16 years and has been in the most dangerous parts of Oakland just going to her friends’ houses.