The Second Part Of Orange Is The New Black 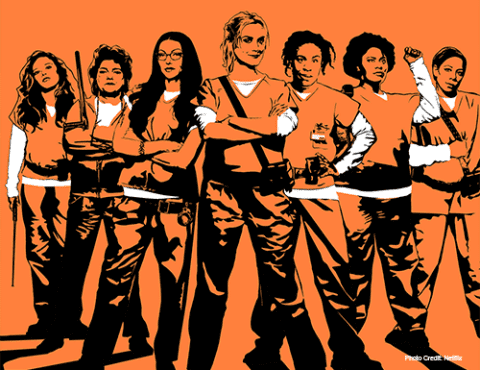 The second section in Orange Is The New Black by Piper Kerman might leave a reader feeling interested because on page #58 says “After an hour or so on the landing next to the visiting  room, i began to wander the main hall , bored and nervous . when I heard my name called over the PA system , I raced walked up to the landing . A female  guard with curly hair and bright blue eye shadow was waiting for me on a landing . I spread my arms and legs and she skimmed her fingertips along my extremities , under my collar , below my sports bra, and around my waist board’’. This may let readers interested because is interesting how they check their inmates and the security and safety in prison.

So far , the section on Orange Is the New Black  might remind the reader of the story in another book. In the show called 60 Days in , Is similar to this chapter this  because it shows the similarities of protection and safety in prison .

After this part of the book, most readers probably will  be looking forward to reading the rest of this book because they want to know how will people treat piper and and the safety in prison , I think that in the next section piper is going to feel safe and she’s going to have a relationship with inmates

The Second Part Of Orange Is The New Black by Joan is licensed under a Creative Commons Attribution-ShareAlike 4.0 International License.