Macbeth: a Tale of Madness 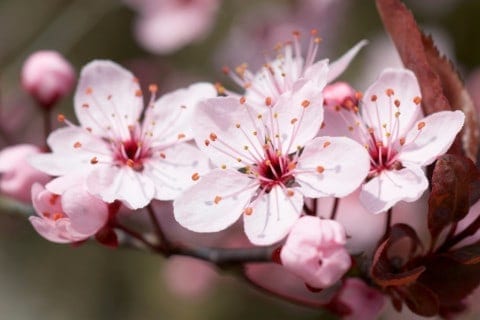 I’m going to write about Macbeth’s descent into madness, and the effect of mental instability on other characters in Macbeth. My question is, how did the imagery in the story symbolize how Macbeth and other characters slowly descended into madness over the course of the novel?  There are people who will have a rather simplistic, and incorrect answer for this question, saying; “That’s obvious. Macbeth was just mentally unstable to begin with.” Their argument is limited by its assumption that Macbeth had little to no development as a character from the beginning to the end of the story- especially how he was affected by his violent actions. This statement is provably false due to the tone shift revolving around Macbeth’s character as the story progresses. As the plot of the story develops, Macbeth seems to as well- slowly declining in sanity as aforementioned. When Macbeth is getting ready to murder the king, one of the first signs of Macbeth’s disassociation with reality can be observed. In that scene, Macbeth begins speaking to an illusion of a bloody dagger. In scene in act two, scene one consists of Macbeth exclaiming “Art thou not, fatal vision, sensible? To feeling as to sight? Or art thou but a dagger of the mind, a false creation, Proceeding from the heat-oppressed brain?” (Shakespeare). An initial glance at this excerpt most likely conveys the message-  that the witches had sent the magical dagger to cheer Macbeth on from afar; however, within the context of Macbeth’s character, that might not be exactly so. In regards to the mental state of Macbeth, as well as the outcome of this situation- this example of his behavior seems to highlight the first delusion that Macbeth commonly experiences later on. Later on in the story, Macbeth inevitably kills King Duncan, as well as his former good friend, Banquo for suspecting him of treason. After Macbeth sends his assassins after Banquo and his son in order to disrupt the witch’s prophecy- Macbeth holds a dinner party to avoid public suspicion. Soon after all of Macbeth’s guests arrive, the “murderers” return with news of their ambush. Since the murderers attack Banquo and his son in an isolated area in the forest, they managed to kill Banquo; but were unable to get to his son, Fleeance (who escaped). Hearing this, and knowing that the witch’s prophecy stated that he would be overthrown by Fleeance, Macbeth remained in shock and in anger as he tried to deal with the situation. Even Though Macbeth was probably paranoid and terrified beyond belief, he had to keep himself together in order to look stable in front of all of his esteemed guests. Despite his best efforts, Macbeth ends up being enveloped in his own delusions once more. In this scene Macbeth “sees” the ghost of Banquo, and states; “For the blood-boltered Banquo smiles upon me” (Shakespeare). This statement from Macbeth shows that he becomes so paranoid and fearful of the world around him that he loses touch with reality, and spirals into mental instability- truly experiencing all of his delusions. All in all, Macbeth’s descent into madness can be represented by all of the disturbing imagery that Macbeth is reflecting upon due to all of his regretful and violent actions coming back to haunt him.