Nothing about us without us

Home 2019 December 17 Nothing about us without us 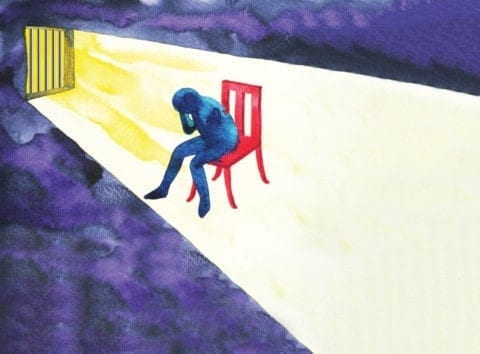 In the last decade, the number of juvenile incarcerations has dropped significantly. In 2017 there were more than 58,500 incarcerated youth in the United States while in previous years, and although that may seem like great news, there’s a problem within our successes. The gap between the rate at which African American youths and White youths have only gotten bigger. “The racial gap between black and white youth in secure commitment increased by 15 percent,” according to the Sentencing Project.

Many programs, like Assata’s Daughters and Teens Leading the Way (TLTW), are working diligently to render a smaller or even non-existent gap.

Assata’s Daughters, rooted in the heart of Chicago, is an organization strives for a world without racism by providing the youth of Chicago with political education, leadership development skills, and revolutionary services. The young people involved are actively combatting these disparities by speaking out their impacts on their lives of racism, crime, mass incarceration, and criminal legal policies.

Teens Leading the Way of Massachusetts is a youth-serving program that fosters the importance of social change on a statewide level. For example, the campaign for the expungement of juvenile records, with the stance that it ruins at youth’s chance at recovery after incarceration. Da’Quon Beaver was directly affected by the existence of this law and now advocates for youth justice.

These programs and movements are inspiring kids to fight the system. The same children being targeted are the ones working for reform. Some are inspired as to go as far as becoming justice consultants for cases similar to ones they have lived through.

While the programs are currently run without charge, the costs to keep them alive lay well around the hundred-thousands. They are very well thought out and organized, while not so cost-effective or feasible, it’d be a crime to charge the youth of today to better society. If programs like these were instilled and funded by the government and were placed around the nation, it’s possible that rates for juvenile detention and incarceration could lower exponentially and the gap for African American and White juvenile incarcerations would lower with it.

Objections to the solutions presented in the article some might have are that the program’s ideas are too grand and that the costs are unreasonable for the amount of change actually produced.