Building Greener Ships to Keep the Sea from Rising 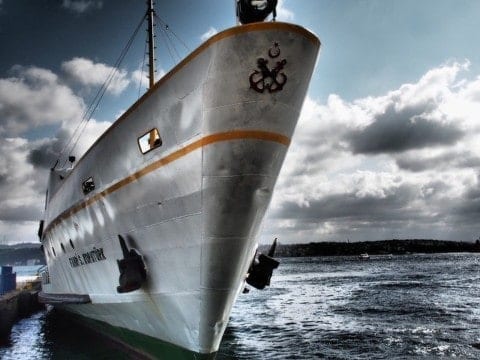 Every year, ships release billions of tons of CO2 and greatly endanger the climate. As a consequence, the sea level rises annually and threatens the shipping industry as well as the lives of many. One of the major drawbacks is that fuel composes half of the shipping costs. Therefore, in order to reduce shipping rates, companies are in search of efficient methods that will burn less fuel and emit less CO2 but also meet the speedy demands of the growing global economy.

As an effort to reduce emissions, in 2017, Silverstream, a London-based company developed a system that produces a carpet of tiny air bubbles along the bottom of a ship. In fact, when tested on Shell, this system reduced emissions by 5%. Another method that was implemented was “slow steaming” which reduced the speed by at least several nautical miles per hour. Although it significantly reduced the cost of shipping and CO2 emissions, critics refuted the idea by claiming that as the global economy expands, there will be a greater pressure on shipping companies to transport goods faster and faster.

In addition, since a majority of the vessels are registered in countries such as Panama, it is off the boundaries of strict ship regulations. In order to solve this problem and hold all subjects accountable to necessary ship regulations, The Carbon War Room, established by Richard Branson started evaluating and rating ships for their efficiency so that companies that want to be more environmentally responsible can charter cleaner vessels.

Not one particular solution has been developed to completely eliminate CO2 emissions in the shipping industry — yet. However, with pollution getting worse by each second, it is crucial that we develop a system to reduce emissions. The effects of rising sea levels are vital for human beings and many beyond.