What are our American Values?

Home 2019 December 13 What are our American Values? 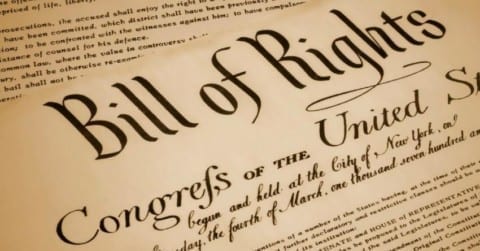 There are three things that Americans value most, justice, equality, and freedom. Americans are greatly influenced by their constitutions amendments. They are considered to be what gives them the freedoms they enjoy.Americans have an amendment that is considered by most as the most important. This is the first amendment. It grants the freedom of speech and the press. This enables Americans to give their thoughts on issues publicly and speak their minds however they feel is necessary. A more controversial Amendment in American culture currently is the second amendment.

The second Amendment gives Americans the right to bear arms. But this topic is extremely politically divided. On one side you have people that believe that the Amendment should have much stronger regulations, or just be repealed completely. On the other side you have people who think the amendment is fine just the way it is, and some even believe there should be less regulation regarding it. This amendment also allows for a complete revolution against the government. This is allowed in case the government becomes tyrannical at any time. “That whenever any Form of Government becomes destructive of these ends, it is the right of the People to alter or to abolish it” (Jefferson). And this is considered to be the reason for its creation. That’s how far these amendments can go to ensure Americans have true freedom. And though this amendment may be controversial, it is extremely important to America’s culture. All the amendments are extremely important in shaping America and how Americans as a whole behave.

Now let’s look more into the side that supports harsher gun laws. Obviously the biggest reason for their movement is because of the seemingly never ending gun violence that happens in our country. Every day on the news a new story about this type of violence is sure to appear. And no doubt the events of school shootings such as Marjory Stoneman Douglas High School are pushing this movement too. People are tired of and horrified by these events and want to put a stop to them by ending gun violence. ‘And the TV had plenty to say too. Everyone had an opinion: the news guys, the politicians, the police, the lawyers, and the professors.’ (Neri 61). It’s one thing to say that but the problem is how. There is no perfect answer to this problem yet but there are many popular solutions. One of those being thorough background checks. “ A background check identifies those who are prohibited from buying firearms. The core goal of a background check is to prevent guns from getting in the hands of dangerous people who want to harm themselves or others.” This system already exists in the current state of selling guns but it is only done once and annual “check-ups” are never done.

This issue is definitely one of the biggest if not the biggest issue in American culture currently. And the fact that we have this problem in the first place makes people question our values. Some ask whether they need to be updated to fit in with today’s society and standards or if we need to in a way go back in time ourselves to better understand them and the intentions behind them. People will always have differing opinions on our values but the point is that we have them and stick to them. Those values are the main reason this country was founded.