Fitting in the Gaps 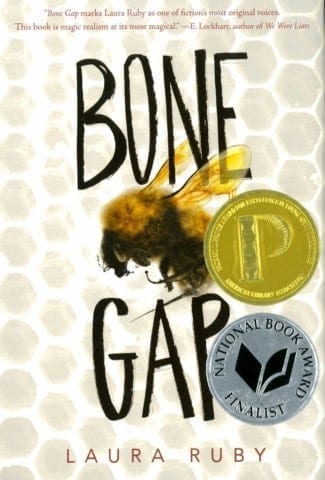 Laura Ruby’s novel, Bone Gap, features a tight-knit community in Illinois. Everybody knows everybody’s business, and when Finn’s inability to stop Roza’s kidnapper everyone knew. They tormented him with name calling and leaving him out. The other characters also have trouble fitting in with “the people of Bone Gap”(1). We can tie this idea of not fitting in, into the modern world, where people are always thrown into situations where they are forced to fit in or feel like they belong.

When reading Bone Gap, it is impossible not to notice how much the author uses the phrase “the people of Bone Gap”. The people of Bone Gap this, the people of Bone Gap that. This gives readers a better perspective on how it feels to live in a smaller community where everyone knows everyone’s business. This has a big affect on Finn and the others, who are outcasts of their own community. “As much as the people of Bone Gap forgot her name, they wouldn’t stop reminding her of her face”(160). Petey is constantly being outcasted because of her appearances. It’s horrible to say this, but many people do have to deal with this. Be it in school, or even at home they have to deal with people constantly reminding them why people don’t like you. This is a major problem that Ruby is addressing. The author is normalizing the outcasting acts by making the whole community contribute to this problem, instead of just a certain few. This is something that in effect in the modern society as well. People normalize this belittling behavior through movies, TV shows, and the internet. By doing so, we end up thinking that it is okay to do this because everyone else is doing this. How does normalizing certain behavior influence how we think and act?

Another theme that Laura brings into her book is fitting in. Finn and Petey are outcasts. But they try really hard to please the public. Finn spends most of his time trying to find out who kidnapped Roza, while Petey is constantly berating herself because of her looks. Psychologist Brene Brown states that “many of us suffer from this split between who we are and who we present to the world in order to be accepted”(qtd. In Haas). In the case of Bone Gap, everyone knows their neighbor, which makes it hard to have a separate identity per se. Actually, it is backwards in Bone Gap. The characters are not willingly presenting themselves, thus they don’t feel like they fit in. The idea of fitting in is a major conflict that, not only the characters of Bone Gap deal with, but also something that everyone is battling. Brown also notes that “fitting in is the greatest barrier to belonging”(qtd. In Haas). I see the community of Bone Gap represents our modern society. They create a feeling that you have to fit in or belong, but the people of Bone Gap, or society, are sheep. They follow the same thing, even if they don’t truly feel or agree with it. As Lybi Ma says, “if you scratch the surface of most sheep, you may well find yourself with a goat”(Ma). People all have feelings of unbelonging they don’t show it due to the fear of being left out of the norm.

Bone Gap is seen as just a fictional novel, but it ties in to what most young adults are struggling with. The act of fitting in is a hindrance to what you are trying to achieve. We normalize bad behavior by including it into our everyday life. The themes of Bone Gap are social issues that we all have to deal with, and makes me think: What should we be doing to solve these social issues?

Ma, Lybi. “We All Want to Fit In.” Psychology Today, Sussex Publishers, 2016, www.psychologytoday.com/us/blog/brainstorm/201607/we-all-want-fit-in.