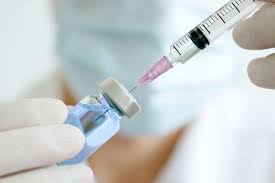 Vaccines are old, really old.  The first vaccine came around 1796 and they have become more and more widely used as medical technology has gotten better.  These vaccines prevent hundreds of life-threatening diseases including the likes of smallpox, polio, and measles. These vaccines, both for adults and children, help prevent diseases but they can also cause side effects that can be equally as harmful, some even fatal.  Are vaccines worth the risk?

Another excuse for not vaccinating their children is the idea that vaccines cause autism.  Autism spectrum disorder (ASD) was first diagnosed in the early 1940s, around the same time vaccines became popular.  Many people believed that the ingredients of vaccines were the reason for their kids to develop ASD but that is simply not true.  ASD is a genetic disease one is born with, not when the vaccine is administered. The CDC has conducted many studies related to vaccines in relation to autism.  The CDC writes, “One vaccine ingredient that has been studied specifically is thimerosal, a mercury-based preservative used to prevent contamination of multidose vials of vaccines […] Since 2003, there have been nine CDC-funded or conducted studies that have found no link between thimerosal-containing vaccines and ASD, as well as no link between the measles, mumps, and rubella (MMR) vaccine and ASD in children.”

There is no real reason to not vaccinate your children.  The real side effects are minor and often disappear after a few days of occurring if they even occur in the first place.  The diseases the vaccines prevent are much more dangerous than the fever the child may receive after being vaccination.