Is College Education Worth It?

Home 2019 November 22 Is College Education Worth It? 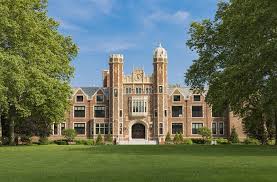 According to Bureau of Labor Statistics the facts still show that people with a college degree and a high education, on average find better paying jobs than those with less education. Although a degree is becoming less necessary for getting a job, if you are looking to receive a good paying job that can support a family, a college degree is almost needed. The average cost of tuition has been on the rise for almost a decade and is showing no signs of slowing down. With tuition comes additional fees for books, foodf, and housing etc.

“Seven in every ten graduates of school, have some sort of student debt coming out of school,” (Dickler.) As more people go to college the the value of a bachelor’s degree is decreasing. People obtaining college degrees on average will make twice as much as someone with only a high school degree. Just over fifty percent of adults said that taking student debts were worth the degree they received. Whereas nearly sixty percent of adults say they needed their degree to obtain the job they are currently working on.

85% of college freshmen from the University of California in Los Angeles, reported that they are attending college to receive a better job. With this now being one of the most commonly stated reasons for attending college, with tuition rising every year, many students and parents are wondering if the cost of college is worth it trying to find a better work. “Coming out of college with hundreds of thousands of dollars in debt leaves many people in a whole that takes nearly their whole lives to dig out of,” (Kerr.) Even with a better job being received from these institutions, people are still struggling to make ends meet.