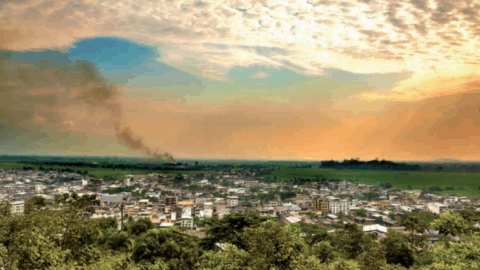 In this article about climate change, I learned more about climate change and all of the effects that it has on our earth. I already knew about climate change because of my oceanography class, but this just added to my knowledge. One of the things that I found interesting that I learned, was how many signs there are on our earth that proves that climate change is happening. Some of the indicators were carbon dioxide rising, global temperature rising, Arctic sea ice melting, and sea level rise. All of these things are all connected to each other. If something happens to one of these indicators, then the rest will follow down that path. For example, if there is a significant rise in temperature for a long period of time, the ice sheets start to melt which causes animals to lose their homes. Because the ice is melting it is causing the sea levels to rise which is damaging small islands and displacing a lot of people.

Climate change has already had a huge negative impact across the globe. Even impacting societies. Climate change affects humans through more extreme wildfires and weather storms. Also through decreased air quality which gives health problems later on. Air quality is especially bad during the winters because the cold air traps all of the pollution closer to the ground. You can easily see this in Utah, where the mountains can also trap the pollution in the valley along with the colder air. “For coastal communities, sea level rise, combined with coastal storms, has increased the risk of erosion, storm surge damage, and flooding. Extreme heat, sea level rise, and heavy downpours are affecting infrastructure like roads, rail lines, airports, port facilities, energy infrastructure, and military bases.” These affects don’t just affect humans, it also affects animals. Animals are losing their homes due to climate change. For example, a polar bear lives most of its life on the ice sheets. But because the ice sheets are melting, polar bears are losing their homes.

“Climate change is affecting the American people in far-reaching ways. Impacts related to climate change are evident across regions and in many sectors important to society—such as human health, agriculture and food security, water supply, transportation, energy, ecosystems, and others—and are expected to become increasingly disruptive throughout this century and beyond”. Climate change is a problem that people talk about, but nothing ever happens to change the course of climate change. There has been a lot of talk of change, and some doing, but I think that more changes need to happen so that we can see the difference. Some countries have already started to get the ball rolling about decreasing the effects of climate change, like lowering coal mines/uses. And trying to decrease their carbon footprint. Which is great, I think that we should add onto it to make the changes noticeable.