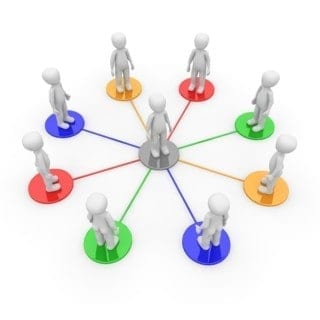 Values are the foundation of a society, they direct the society accordingly in a path with established boundaries, and regulations. Values differ depending on different cultures; Americans’ culture value individuality and independence, however, some other cultures are collectivists where the interest of a group is a primary value. The established values are passed among families over many years, that it has become a common knowledge for all of those in the same community. However The U.S. which is a melting pot has it’s established values as a mixture of values from different people. The primary key to the existence and continuity of values is rewards and punishments within a society or a country.

In the Book Black and White, Paul Volponi illustrates the protagonist teens who have similar problems as adults, yet less power to solve them. The book emphasizes how friendship can weaken or strengthen through the hard times. Marcus and Eddie are basketball star players at their high school whose families hold different economic positions. This book describes the values of a family. American values are different according to distinct backgrounds, experiences, and social place. Such values can lead to different paths that may be unbelievable and harsh. This book shows American values from the perspective of individuals and families; Marcus and Eddie are trying to have self reliance, and individuality. The book notably describes the change of the relationship between two families at good times and hard times.

“People sanction certain behaviors by giving their support, approval, or permission, or by instilling formal actions of disapproval and nonsupport. Sanctions are a form of social control, A way to encourage cultural norms,” (learning). According to the Pew Research survey, 94% of the parents value good manners, responsibility and independence for teens. However, Hard work and responsibility were the most important values accounted by parents. Marcus and Eddie worked hard to become the star players. The way people behave in a community are suggested by values. However values don’t accurately reflect how people do behave. There are two types of cultures portrayed by values; an ideal and a real culture. “Ideal culture, the standards society would like to embrace to live up to,” however, “real culture is the way society actually is, based on what occurs and exists,” (courses). At the times when society is calm and quiet, one will most likely experience an ideal culture, whereas at hard times where social unrest exists, the real culture will be revealed. In the book The Absolutely True Diary of a Part-Time Indian by Sherman Alexie, the Native Americans who lived on the rez had a collective culture, where group relationship was the primary value. When Arnold Spirit Junior follows a new path towards civilization, and progress, we can see the strength of values from the severe reaction held by the Natives towards Arnold’s decision. Arnold who describes himself as a part-time Indian faces difficulties with adjusting himself to two different ideal cultures. Because he doesn’t know which society to choose, I think he never found a real culture based on his own belief. He adjusted to the ideal cultures by merging them together; on the rez he would live the way others did, and at Reardan he practiced similar activities other Americans did.

Despite such values held by parents and teens, history is a very important component for a nation which shapes it’s future. Throughout history starting from early 1800s, many reformers who were mostly women, fought for equal rights for men and women regardless of their race. Since in the 19th century, holding slaves was an ideal culture in the southern societies. In response to reform movements southern states started outlawing state laws which would strictly prevent emancipation. Such laws were unbearable and unbreakable by the reformers, however, the reformers as a whole found the power of the pen, and the power of diction through which they would encourage the realization of immorality of slavery. The use of literature and speech was strongly effective in the later years towards emancipation of slavery (Faragher). The occurrence of such events in America’s history have not been forgotten, but some people use the history to criticize and offend people by their race. After Marcus and Eddie committed a mistake, the society and their family’s views changed towards them; the society looked at them unequally; many indicted marcus because of his race. Eddie’s father in order to protect him, also started to have a similar approach.

Families and society propose expectations and values for everyone, which creates a fixed regulation where almost all will follow. Americans value independence and individuality, however, since the U.S. is a melting pot, there are societies which are collectivists, a group relationship is their primary value.

Faragher, John Mack. Out of Many: a History of the American People. Pearson Education, Inc., 2011.