Racial discrimination has always been around us

Home 2019 November 18 Racial discrimination has always been around us 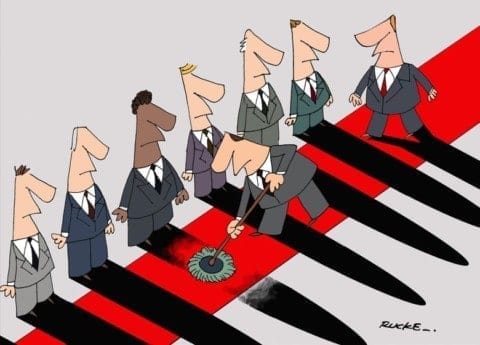 According to Charles Barkley, “Racism is here and will always exist, but we can’t use it as a crutch.” Racial discrimination has always surrounded us. There are many reasons for racial discrimination. If you want to trace the cause, you can start with the purpose of this behavior. Because resources are limited, and in order to allow them to have more resources, racial discrimination can be psychologically occupied to a high level, thus making the behavior of excessive possession of resources reasonably legalized; for individuals, it is still Human nature, when this kind of emotion similar to “self-esteem” is magnified, it is possible to satisfy this kind of vanity in such a way of demeaning others. If only one person looks down on a race or the whole world, it will not lead to a wide range of actions such as “racial discrimination.” When a self-conscious person has certain resources, power, army, and faith, then a series of actions can be used to achieve discrimination against a race. Corresponding to this, often the high-ranking authoritarians will have the characteristics of self-sufficiency and self-satisfaction.

Having said that, I have to mention the word faith. Faith can extend the word “closeness” in life. For people who are the same as ourselves, we often have the idea of ​​believing and being close, and vice versa, we will give birth to rejection. Individuals tend to trust and be safe, thus excluding dissidents, just like the rejection in the body, so they have the congenital existence of rejecting others. The belief is even worse. In order to let more people believe in the same kind of things and let the people of faith get closer, there will be a rejection of aliens.

The famous pagan movement in history can also be used as a reference here. The races and races born in this world should be part of the competition from the very beginning. From individual competition to ethnic competition, it is an evolutionary means of nature, and the increase of group power will undoubtedly increase the probability of competition, so there will be such racial discrimination and reason for fighting for more allies. All in all, the root causes of personal survival and personality lead to the possibility of discrimination; and the concentration of power resources makes it possible for the big event of racial discrimination.

Racial discrimination has always been around us by Yanna is licensed under a Creative Commons Attribution-ShareAlike 4.0 International License.