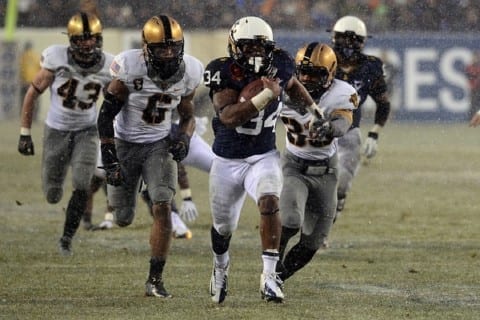 Should college athletes be paid?

The Call to Pay College Athletes Misdiagnoses the Problem

Paying college athletes will destroy the atmosphere, culture, and traditions that surround college athletics today, while also being disadvantageous to the athletes themselves. He argues that the real problem is that athletes are so poorly educated that by the time they get into college, they either don’t have the skills to learn or are forced to take “shadow curriculum” that is so easy it guarantees the players get the grades they need in order to participate. Also, some of the beauty of college athletics is the tradition and connection the players can share with the fans, and this will inevitably be lost if players start getting paid and college sports becomes more of a business.

The author argues that college athletics are just as demanding and serious as professional sports, yet the athletes are not getting paid. This is not right, especially when their coaches are making millions of dollars a year.

My opinion falls somewhere in between these two. I believe that college sports are a special tradition that is beloved to many people. There’s something special about being able to relate to the players that go to your school. There is beauty in the amateur game, where the players are playing for the love of the game and not to make a living. Once the game becomes a business, it starts to lose some of these special sentiments, and that is what I think will happen to college athletics if it’s athletes are going to become paid. In this day and age, with the high demands and knowledge of the dangers that come with participating in sports like football, I understand the cry for compensation. However, I fear that the college game will lose the very thing that makes it so special for it’s fans. It will become a matter of who is willing to pay more instead of what school can offer me the most in terms of education and experience. While I believe that college athletes will begin to be paid in the near future, I hope that the spirit of the game and it’s traditions will not be lost.

It is no mystery that the demands and injury risks are high, however, payment will change the traditions and passion of the amateur game.

Obviously, the athletes are putting a lot at risk by participating in their respectful sports.

Consequently, the payment of the athletes will turn the college scene into even more of a business.

Even though they are putting in as much time and work as their coaches, the players don’t get paid.

In spite of the education a school might offer, an athlete might choose to go somewhere he is paid more.

Although the athletes deserve the pay, the college game will be changed forever.