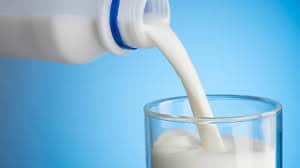 Since our birth, our parents have been forcing us to guzzle gallons of milk, insisting that it’s good for us but is it good for the animals?  Milk may be high in nutrients but at what cost to the animals that produce it? Milk isn’t for everyone. Many people think that milk has a very acidic taste whereas others think that the taste of milk is comforting.  Whether you love or hate it, America and the rest of the world loves milk and the demand for the milk of the cow has never been higher.

It’s not a secret or a surprise that the world’s demand for milk has risen at the same rate as the world’s population.  There are billions of people in the world who love milk and why wouldn’t they? Milk provides many necessary nutrients needed for the body including bone structure and it tastes amazing.  While we at home are sitting back, sipping a tall glass of milk we never think about the welfare of animals who produce it. “Over the last 50 years, dairy farming has become more intensive in order to increase the amount of milk produced by each cow,” writes the lobbyist organization Compassion in World Farming (CIWF).  There are over 250 million cows on earth whose ONLY job is to produce milk.  Most of the cows live in the United States or in Europe and live under horrible living conditions.  Like humans, cows must give birth in order to produce milk so dairy farmers repeatedly impregnate their cattle.  Not just that, but they are giving no room to move or graze which makes cows happy and less stressed. “Cows used by the dairy industry are intensively confined, continually impregnated, and bred for high milk production with little concern for their well-being,” says the Farm Sanctuary, another organization dedicating to protecting farm life.

You may be sitting there reading this article and you begin to think, “why should we care, they’re just cows?  Who really cares if they can’t graze fields, move around, are continuously impregnated, separated from their children, and overworked every day?”  But that’s just it, these animals are living beings and deserve to be treated better. Just imagine the amount of stress the cows have to deal with every day.  The average cow produces only one gallon of milk for its offspring a day but dairy cows are forced to produce between 7-8 gallons of milk a day. Meaning that more than 1,875,000,000 gallons of milk are produced a day.

What can be done?  In reality, one individual can’t do much to help fight for the welfare of cows.  They can boycott products produced by companies that mistreat animals and they can limit their consumption of dairy products.  A force that plays a difference in the fight for animal welfare of the political lobbyist groups dedicated to helping animals like CIWF and Farm Sanctuary.  Donating to these groups will help the not just cows, but all farm life, leading to happier animals. Milk is an amazing drink, both in flavor and in substance but it is important to remember where the food you eat and the drinks you drink come from.