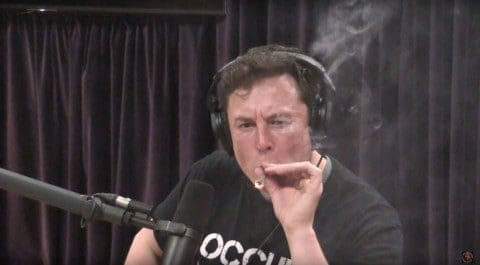 The United States is the world’s largest consumer of drugs. The research from Rand Corporation estimates “ people in the United States spent between $121 billion and $146 billion dollars annually on cocaine, heroin, marijuana and methamphetamine from 2006 to 2016.” United States can digest more than half of the drugs produced globally each year, and Americans spend more than $50 billion annually on drugs. More than 60% of the drugs produced worldwide are exported to the United States. Cocaine consumed by Americans accounts for one-third of world production. Since 2002, US drugs users have accounted for 8.2% of the nation’s population.

Since the legalization of marijuana in 2012, the drug death rate in Colorado has soared to the top in the United States; Colorado’s four categories of cannabis, alcohol, cocaine, prescription painkillers and heroin are among the highest in the United States; 7% of women who are treated for alcohol withdrawal are pregnant women, and the national average for this figure is 1%; the overuse of prescription heroin is increasing; 20% of residents in the state use illegal drugs, and the number of hospitalized residents who use drugs is large. The increase was in the number of heroin treatments that doubled in a decade; the number of people who died of drug abuse exceeded the number of deaths from traffic accidents.

Since the drug-using population is too large, the US government has always attached importance to anti-drug work and has set up a special anti-drug bureau. A major measure of US drugs is to kill drugs from the source. However, due to the different laws of the states, drug users’ treatment is different, so that the drug consumption market is not effectively controlled. On the contrary, the investment in drug control is increasing. While the investment is increasing, the anti-drug effect is not satisfactory. Nearly one-third of the criminals serving sentences in US prisons are related to drug crimes. The main reason behind this is the high commercial return. The profits of the US drug trade are as high as $80 billion a year, which is a huge cake for drug lords. As long as the consumer market is not controlled, the anti-drug work is only a new batch of suppliers.

Analgesics, like fentanyl, have been abused in the United States. Ordinary people with pain, fatigue, depression, will use prescription drugs containing cocaine. Data from Wikipedia shows that “Since 2000, the U.S. drug overdose death rate went from 6.2 per 100,000 people in 2000 to 14.7 per 100,000 in 2014.” Silicon Valley’s technology Internet elite is also often plagued by drug addiction scandals. For example, the famous Musk, he also used live marijuana to squirt.

Why is marijuana legalized? Is the economic interest behind the cannabis industry? Or is it because most adults who have mastered voting rights have started taking marijuana? If most people become addicts, is it possible to legalize drugs by voting?

How drugs have destroyed people’s lives by Wuyou is licensed under a Creative Commons Attribution-ShareAlike 4.0 International License.