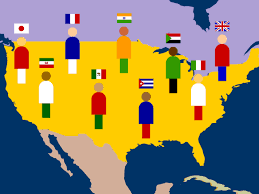 The first article was called, Lax Immigration Policies Invite Terrorism, Mark Krikorian states that America has lax immigration policies that allow terrorists as well as illegal aliens to easily take up residence in the country. In Krikorian’s view, the United States already has immigration deterrents in place, but most need improvement; he also believes that these countermeasures are not functioning properly because too many policymakers favor a more open immigration system and therefore have no interest in strengthening those defenses. Krikorian insists that America adhere to strict immigration law enforcement to avoid another terrorist attack. Mark Krikorian is the director of the Center for Immigration Studies, a think tank that advocates tighter immigration controls.

Although, the Baltimore Sun Editorial Board believes that Trump uses his fear to create rising tension and increase of pull for stronger immigration policy, Krikorian thinks Trump is totally reasonable and immigration policy should be more strict.

The second article was called, Linking Terrorism to Immigration Is More Political Than Practical, by the Baltimore Sun Editorial Board. He claims that President Trump used a Truck attack in Manhattan, that in theory should’ve been a consoling and taking steps to press charges, used it as a lever for his policy to get rid of an immigration issue. Which in this case has almost no correlation. He could’ve gone after the Home Depot that rented out the pickup truck. In conclusion he is saying that the Trump Administration is using aggressive rhetoric to distract from the ongoing investigation into his own person dealings.

Both articles make clear concise articles, however I think that the Editorial Board from the Baltimore Sun have it correct. Immigration sparks the economy with more inflow of money and jobs in the economy the middle class is enlarged. And only a tiny percent of immigrants are terrorists. And although, Kirkorian believes that terrorism is directly linked to lax immigration, the Baltimore Sun Board claims that this is fake news and that the Trump Administration is just saying this to create fear. This country was founded by immigrants so I think it should still be open to those who seek asylum and a new life.