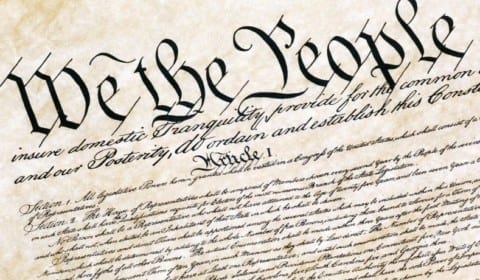 Being an American is being accepting of all people. Before and at the beginning of our country, America was a place that would allow anybody to enter our country, it became a giant melting pot of all different cultures, ideas, and people. However, our laws have changed and made it harder for immigrants to come into the country. America has gone away from being accepting of others, but there have been movements that are trying to show us that we need to go back to how our country was founded. We can argue, but we should accept that everyone is different and have different views.

When our country was founded, anybody could come to the Americas for different freedoms. If you wanted to practice a different religion than your home country, you could come to America. If you just wanted a fresh start you could come to America. The country was a giant melting pot and everybody was accepted and lived together. America was the place to go when you needed to escape or leave from your country or if you wanted more freedoms. We continued to allow this for some time but then started to restrict the access to our country. These laws restricted who could come into the United States, why they were aloud in, and what they could be or believe in this country. Many of the laws were meant to tear apart our country but they should have been used to bring us closer as Americans.

Some of the earliest cases of America excluding or limiting people coming into the country is with the Naturalization Act of 1790 which required that you be a “free white person… of good character” to gain citizenship. This continues into the next two centuries as we begin to exclude more and more people. There are many acts like the Chinese Exclusion Act, The Immigration Act of 1924, The Naturalization Acts, The Emergency Quota Act, and many others (U.S. Immigration Timeline). There have also been many acts in the past that have tried to exclude different types of people and not just accept them. Laws like the Jim Crow laws kept African Americans from being accepted in our country. We have also had some laws that have changed because of President Trump. He has cancelled DACA which takes in immigrant children. He also reduced refugee admissions to the lowest level since the resettlement program was created in 1980 (Peirce). There are many other laws and groups of people who try to exclude other people from having the same freedoms that every American should have. There have been many movements to try to combat these laws that are tearing our country apart because of our differences instead of bringing us together because of them.

The first amendment gives us the freedom of the press and assembly. Throughout American history, when something is not how it should there are movements and articles that are made to try to change laws. Many of these movements are so that everyone is accepted and have the same rights in our country. There are movements like Black Lives Matter, Gay Rights Movements, the Civil Rights movement, and many others that have fought to make certain people, cultures, and ideas feel accepted and embraced in our country (Gillespie). People just want to feel free and accepted by the group they are apart of. As a group of Americans, it is our job to acknowledge that people are different. This does not mean we have to see eye to eye on every issue, but that we accept that others can be whatever or whoever they want to be. We need to be tolerant of all people, and even if someone has different beliefs than you does not mean you can not be friends.

We all view this world in different ways, but that does not mean that we can not accept and be friendly with each other. Recently on her show, Ellen Degeneres was talking about tolerance, acceptance, and kindness and said,“In fact, I’m friends with lots of people who don’t share the same beliefs that I have. We’re all different, and I think that we’ve forgotten that that’s ok that we’re all different. Just because I don’t agree with someone on everything, doesn’t mean that I’m not gonna be friends with them. When I say, ‘Be kind to one another,’ I don’t mean only people that think the same way that you do. I mean be kind to everyone.”. This quote from Ellen is talking about her sitting with former Republican President George W. Bush. She talks about how it is ok that we do not have the same beliefs. Ellen speaks about how we can just be kind to each other, not just some people, but all people. As Americans we have to be kind and take in and accept people that need our help and want to live a better life.

Accepting America by Oscar is licensed under a Creative Commons Attribution-ShareAlike 4.0 International License.