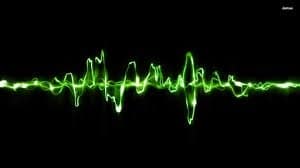 Hello, my name is Ari Bozann. I was born in Okemos Michigan 17 years ago and have lived here my whole life. Growing up I’ve had hobby after hobby, and that has resulted in me being a jack of all trades. I learned to play the piano when I was eight and viola when I was in middle school. While I can’t play either instrument very well anymore, I retained that love for music and produce songs in my free time. When I was thirteen or so I got into video game design. While I retained almost none of the coding I learned, I learned 3D modeling. This became useful four years later when I started learning about 3D printers, another interest of mine. I could ramble on and on about my hobbies which span from the occasional game of basketball to different video games I spent the greater part of my underclassman years playing but I won’t. After all, I don’t want you to get bored.

My favorite thing to do in school is talking to people. Because I have such a wide variety of hobbies, I find it relatively easy to find common ground with people. While I was hesitant to join extracurriculars during my freshman year, I’ve gotten more comfortable with the notion each year. Now that I’m a senior, I’m part of chess, robotics, have a job, Okemos science institute and plan to do track, solar racing, and many more clubs. The academic subject I’m best at is science. I absolutely love all the sciences and wish I could work in every single one as my profession.

One thing I strongly agreed with within the survey was that I feel safe in my community. I strongly agreed with this because there is no reason for me to not feel safe. I live in a very sheltered bubble and sometimes even do stupid things for the adrenalin rush of doing something not safe. Honestly, if it weren’t for all the things I do I would be extremely bored with life.