The United States and Political Corruption in the Congo (DRC) 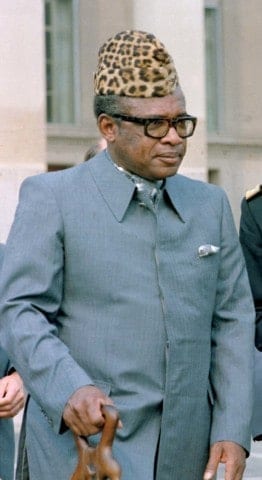 When relearning the American Independence story, I began thinking about the story of independence of my home country Democratic Republic of Congo. I was disheartened to find that the little I did know about Congo’s independence was very different from the independence of the United States. Congo declared independence on June 30, 1960. Almost a year later, its founding father, Patrice Lumumba was assassinated and the Congo entered a 30-year long dictatorship under Mobutu Sese Seko. I have always wondered how Congo and other former colonies in Africa and South America just couldn’t get democracy to work while the United States and Canada had an easier time establishing democracy in comparison? What’s with all the violence and political corruption in these countries right after independence?

Congolese Independence occurred smack dab in the middle of what would come to be known as the Cold War. The Cold War was a tension between the United States and the Soviet Union for political supremacy through propaganda, military coalitions. The US was constantly trying to contain communist Soviet Union and its communist allies and prevent them from spreading. When DRC declared its independence from Belgium in 1960, a new opportunity opened up for the US and USSR to fight their Cold War. The outbreak of a revolt in Congo’s mineral-rich Katanga province served as a perfect chance for foreign interference. Congo’s prime minister, Patrice Lumumba asked the US for help in dealing with the conflict but surprisingly received no aid. He then looked to the Soviet Union for help. This act came across to the Americans as an attempt to further communism in the Eastern Hemisphere. An act the US had to indirectly but actively fight.

Behind the scenes the US had already been working to assert control over the Congo.In 1960,Larry Devlin, the CIA Station Chief in Congo, began providing financial aid and advances to Joseph Mobutu, head of the Congolese Army, to overthrow Patrice Lumumba. When the US encouraged then-President Kasa-Vubu to dismiss his prime-minister Patrice Lumumba, a political stalemate ensued between the two political figures. Mobutu took this chance to enact a coup d’etat replacing all government officials except for Kasa-Vubu who would continue to play his ceremonial role of “head-of-state.” At the advice of Larry Devlin, Mobutu was handed over to the Katangan rebels and murdered. Over the next three decades, the Congo would be plunged into a dictatorship under Mobutu that would drain the country’s economy, plunge the inhabitants into poverty, and painfully silence any voices of dissent against the government. This kleptocracy and harsh dictatorship maintained the United States’ financial support until the early 90’s, all to maintain the U.S. policy of containment against the Soviet Union.

Learning about the huge role the Cold War played in how African countries “stabilized” after independence truly enlightened me. I never knew how much control Europe and the US had in African countries after their independence. Understanding how political corruption has been built into the Congo’s history starting months after its independence gives me a new perspective on events in Congo today. The process to offset this “tradition of corruption” will take some time . Thankfully, this process has already been started and is quickly gaining momentum in the Congo and the international community.