To Whom are We Serving? 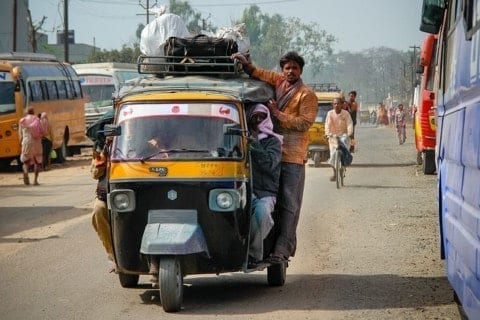 Although service is highlighted and glorified in the media, currently, the motives of short term service trips are being challenged. The traditional aspect of bringing a convergence of cultures and introducing diversity to third world countries are being countered by the point that “diversity” implants an idea of comparison and self consciousness to the locals. Photos on social media taken during the service trips also reinforce the idea of Western superiorism by justifying their service trips through portraying the third world countries as helpless and suffering.

In addition, the “work” volunteers provide just might not be sufficient. Volunteers rally up thousands of dollars per person to pay for travel and materials. If this money was instead donated to the locals who already are skilled in construction and agriculture, it would be more beneficial to the locals. One might argue that the locals don’t possess the ability to provide healthcare and medicine. However, the locals are becoming too reliant and dependent on volunteers. For example, people in Ghana are less likely to purchase health insurance while they wait for the volunteers to provide them with free medication.

So what are some ways that short term service trips can create long term solutions? At times such as after war or natural disasters, countries are in need of resources ranging from human hands on deck to medical supplies. It is important to create a system in which the volunteers fit to the locals’ needs. In addition, volunteers can share life-long skills. For example, a program that empowers women in India by teaching them computer skills and coding. Also, educating the youth with skills such as English can secure the children with a better job when they grow up.

Before going on a service trip and dedicating one’s time and effort, it is important to consider the consequences of one’s actions. To make a difference and create long term solutions can indeed create a better world.

To Whom are We Serving? by Ellie is licensed under a Creative Commons Attribution-ShareAlike 4.0 International License.