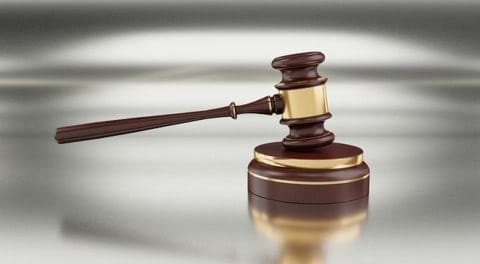 There was data found in 2017 based on data from 2012-2016 that showed this. It reported that male African Americans got sentences (on average) 19.1 percent longer than white males who were charged with the same crime. In the news, we can see this being shown.

In our country, there is still lots of racism and discrimination. It has gotten better over the years but it is still, unfortunately, something that we face today. One of the major instances in which it is shown is during court cases. There is a distinct discriminatory factor when it comes to prosecuting African Americans and White males. There are still some cases and judges that tend to be fair but overall lots of judges/police use race as a factor.

The examples that I am bringing up have to do with sexual assault. Chanel Miller was found passed out beside a dumpster and witnesses had to tackle her perpetrator, a while male who was attending Stanford for swimming. Similarly, a woman was out jogging in Central Park at night when police found her body and she had also been sexually assaulted. There were no witnesses or anything but since five, teenage, african american boys were in the vicinity, they were accused of it. One of the boys said, “We were convicted because of the colour of our skin. People thought the worst of us.” Now, the Stanford swimmer was found guilty by all jurors eventually and then came the sentencing. He only got six months (3 with good behavior) in jail for sexually assaulting the unconscious Chanel Miller because the judge said he had good character since he was a successful swimmer/student at Stanford. People were furious. Then, the Central Park 5 were also found guilty of the crime they did not commit, but got 5-15 years in prison. Donald Trump even wanted to bring back the death penalty for them. They had spent between 6-13 years in prison when they were found innocent and police found the real perpetrator. This situation displays the racism in our society. Both parties were charged with the same exact thing except the guilty, white, male, swimmer got a tiny sentence compared to the innocent Central Park 5.