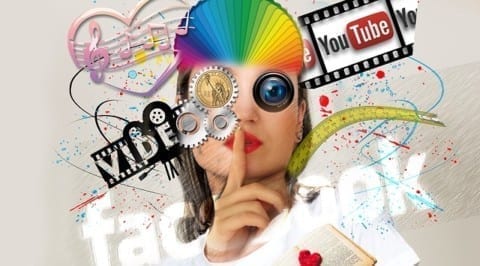 Recently I read an article that discusses the  percentage of each age group that uses each type of social media platform such as facebook, snapchat, instagram, twitter, youtube, etc. The article states that in 2016 the correlation, number wise, in social media and mental health was large enough that it needed to be discussed. Around this time the amount of people from the ages of 18-25 years that used social media and developed a mental illness such as depression rose by 22.1%. They also reference a term called “Facebook Depression”. This is a form of depression that has resulted from social media and the “lavish” profiles you’ve been observing. In other words, Facebook depression is depression that is a result of spending too much time on social media and then begins to get symptoms of classic depression due to the “intensity of the world”. Facebook, as well as other social media platforms, have a very “in-your-face” aspect to them which can make a person feel as though they are inadequate. This can be caused by reading a status update, looking at vacation posts from a friend, watching a video of people having fun, etc. However, while the correlation between social media, such as facebook, and depression makes sense, it;s also questioned whether it is a true phenomenon or simply an extension of depression. The variables that may be leading to “Facebook depression” are similar, if not the same, to how popularity is measures. Likes, friends, comments, etc. are all factors that play a role in this so called facebook depression which is another reason that the question of whether this is simply an extension of depression is even being mentioned.