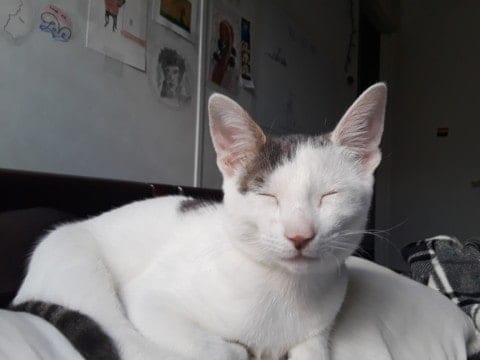 Hands are funky little things. Doing something as simple as grabbing my phone, brushing my hair, even typing this up right now, makes me realize how amazing they really are, for allowing us to do so much. Life would be very hard without them seeing that we’ve become dependant on grabbing things ever since we first started evolving as a species.

Hands are different for everyone. Mine have hairy knuckles, my fingers are thin but chubby, long but look short, how my hands can be seen as both feminine and masculine, whatever that means. I had never guessed that one’s own hands could be used against themselves. People would tell me that I needed to get rid of the hair on my hands, that I needed to paint my nails if I wanted to be seen as a girl. Not knowing why or how to react, I developed a bad habit of hiding them. I would pull the sleeves of my sweater, hide them in my pockets,  or stand with my arms crossed and my hands tucked away from sight. For eight-year old me, my hands had become what identified me as a girl.

I’ve always been an extremely self-aware person. When it came to my hands and what others thought about them, of course it would stick at the back of my mind. I’ve been dealing with anxiety issues for almost three years, at this point I’m good at managing it but sometimes I let it get the best of me. In my head, my hands never truly defined whether I was ‘too girly’ or ‘boyish’. I knew that my hands were barely any part of myself that decided that, but to others it did and it was because of that, that I wanted to change everything they thought made me less of a girl, so that they would see me how I wanted them to; a girl.

Gender norms and stereotypes aren’t anything new to me or to anyone really. They’re everywhere and are applied to everyone. I don’t necessarily think it’s a bad thing but when it gets too far, it becomes something really toxic. Toxic masculinity, toxic femininity, misogyny, sexism, all things that heavily rely on gender norms come from how society is so heavily based off of them. All throughout history, we’ve been told what to do, what to say, how to act, who to be as a person based off our gender and nothing more. The influence that it has on people, especially young impressionable people who tend to worry the most, invalidates the feelings and thoughts of many struggling to find their own identity within themselves. Little things like blue being a masculine color, pink being a feminine color, to things like women expected to be hairless and men expected not to care about their body hair. As the list goes on, it starts to get ridiculous.

Hands are very convenient, they’re a natural human appendage and to put someone down for something like hair on them is pointless. Often times I wonder how I would live without them. My dad lost two fingers in an accident about a year ago and he can no longer write, so I have to help him a lot of the time. Now, if losing a few fingers is just as bad to lose the entire ability of writing, imagine losing an entire hand. I’ve always wanted to ask if he misses writing or using his fingers at all but I’m too scared to bring it up. Then I think about those people born without hands. They’re doing amazing, how does one live without such an important part of our bodies that we have become dependent on? It’s kind of crazy but then again everything about them is. 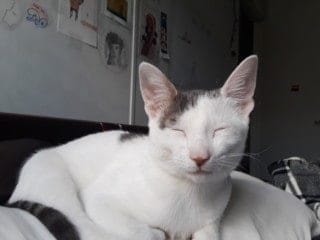