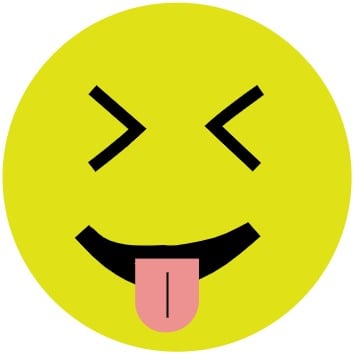 We sit at the table conversing while eating a meal we were invited to. Talking and having fun. Soon I hear my biological aunt say we’re “adopting” a new family. She says she was joking, but we all took it somewhat seriously. As days passed we got comfortable around each other, enough for me to call them aunt, uncle, and cousins.

I see them on a daily basis, never getting tired of seeing them. Everything is always cool between us if there’s an obstacle we’re honest and overcome it. We say what we think hoping they’ll understand. I am able to be myself around them. Till now, nothing’s completely separated us.

I wonder, “are we truly honest with each other? are there invisible thorns in our path that we cannot cross?.” Sometimes I can’t help but doubt, that what we have will soon disappear?. But these thoughts will only deepen my worries, so I hide them deeper within my heart.

Even with these thoughts, I try to enjoy the time I share with them having as much fun as possible. Remembering those moments. I’ve had my moments with each of them, some more than others. And the fact that each one has their own unique personality.

My favorite cousin, I call her Day and she’s 12 years old. She’s very weird in her own way, she has a way of making people laugh. Just 2 days ago, we were at a party, it was pretty boring since no one was dancing and it was just the music playing, but we thought that we should just leave already because it was 10 pm and, my house was pretty far and we had school the next day. So we get up from our table and say our goodbyes to the hosts and start heading toward the cars. I’m waiting for mom to catch up, and I look back forward and see Day just acting like a baby T-Rex. She’s yelling, making dinosaur sounds and walking like one with her arms bent, I start laughing so hard my stomachs hurt. I look at my aunt and uncle giving me a smirking half-smiling and laughing face saying she’s crazy, and I’m still laughing.

I think to myself, that I never thought I would be able to be so close to someone, especially a 12-year-old, but here we are. I don’t regret getting so close to her, she’s like a sister to me, and wouldn’t change her for anything. I look back and wonder why I’m so close to her, but I remember, that there is no such thing as an age limit to friends and that maybe I’m close with her because I’ve never had a sibling or anyone to share my daily life with, she fills that gap in my life and I wouldn’t have anyone else.

My other cousin, he’s 5 years old. He’s very energetic throughout the day, he’s a little nosy and annoying sometimes but he’s funny too. I always remember that when we go to parties he’s always running around or dancing along, he dresses in boots, hat, and vest, with no fear at all to do what he wants, say and act how he wants. Once we went to Austin Park Pizza, and the fear got to him as he looked down from the top of the little kids climbing wall, when I clearly told him not to. He has his flaws but he’s a really good kid and has added more laughs to my life.

I had grown up alone, with no siblings or none to be that childish person in my life, but when he came along and I grew up more to understand better, he filled the spot of a little brother, someone who I could look out for, he’s just another perspective of my life that I’ve never experienced.

Someone who I’m not really close with because he doesn’t really talk to us much is my third cousin, who’s 18 years old. He already works and has a girlfriend, meaning he isn’t very close to me, but I’ve had very few moments with him. Some of them he teases me, but I laugh it off, sometimes he’s nice when he wants to be. A while ago I was upset about something, I don’t recall why but I was mad at myself for reasons I couldn’t express, we were all (as in my whole family) was present at the time, because we had been invited over to eat dinner. We were waiting for the food, just talking, and my 18-year old, my cousin was talking with my biological cousin. I was still sitting, thinking, but the thoughts running through my head made tears fall down my face, I thought no one would notice, but to my surprise, he had noticed. He walked his way over to me and gave me a hug that I never thought I would receive from him, yet I did.

I wanted to get closer to him because I thought that if he doesn’t accept me as his “cousin” yet; than maybe I could somehow be a small friend. Until now it hasn’t happened, and I doubt it’ll happen anytime soon, but those little moments that we’ve had or will have, I’ll remember them for as long as possible. All I can do for now is wish him well-being.

Another amazing addition to my life is my aunt. She has many personality traits and her own unique ways. She’s funny, kind, loyal, honest, strict, a good mom and a great aunt. We’ve had many moments together, and much that I will remember. I will always remember a time when we were all having a serious conversation. The families in one living room, the atmosphere was sensitive, there was talk about my real aunt saying things about the new “family”, we all remind ourselves that she started the “new family” thing, but only half of us actually took that comment seriously. We’re saying how there should be no problem and that my real aunt is being unreasonable,  then my second aunt says, “I don’t see any problem, none of us have a problem with her, I look and think of Krystal like my second daughter, we’ve become that much closer just like a real family”. Ever since she said that she’s acted how she said, she’s been like a second mother to me, and I’ll never forget those words.

I was so relieved and happy to hear those words, because I heard how she really thought of me, and because of that honesty that she gave us, the clarification and reassurance she gave me, I’ve learned and been able to become more comfortable with her, closer and have more fun with her. She’s one of my top best people in my life and I truly appreciate everything she’s done for me and my family.

Finally, my uncle. He is one of the funniest, silliest, kindest, generous and greatest people I’ve met. He and I have been through so many moments, a lot of those have been funny/silly. His personality could come to that of half a 15-year-old and an adult. He makes more jokes than any person I’ve met, he’s so understanding, always looking for a way to help. He’s the one that has made me laugh the most and has been so cool and chill to where I can joke around with him as well. From all the little moments we’ve had, I recall one thing that he once said that is fairly similar to what my aunt said. It was in that same situation as my aunt and he said this right after my aunt said hers,” I too think of Krystal as a daughter because I’ve recognized what kind of person she is, and we’ve been through so much that I’ve started to treat as if she were my own”. I could say that this meant to me as much as what my aunt had said, but this would be an understatement. It meant a little more than my aunt.

Throughout my childhood, or ever since I was born, I’ve never had my father by my side. At first, I gave it no thought, thinking it was no big deal. But as I grew up I started to learn more things about him and why he wasn’t with us. After not having him in my life up to now I considered myself fatherless, therefore I never had that male or father figure in my life, I never knew what it was like to have both parents. Recently when I look at whole families I sometimes envy them and start wishing I had a father. When he said that, I felt so happy to hear him say that because I thought maybe I could finally get some sort of father figure, and to this day he has still kept his words, he says how I should be myself and have no shame around them and that he’s there for whenever I need him, he’s been that father figure I always wanted. He’s a big part of my life and I am so grateful for everything he’s given me and my family, and for letting me share so many moments with him.

So many things have happened ever since we grew closer with this family, and I’d say that this “adoption” was one of the best things that could’ve happened. I asked myself if it was right to be treated as part of the family, or if we even deserved to have these people in our lives, but as time passed on, and we’ve experienced so many things together, we now easily find the connection and trust that we have for each other. I wouldn’t change my family for any gold or treasure, and I pray that we always stay together. This part of my life is where this quote applies, “Blood is thicker than water, but family isn’t just about blood. Family is about faith, and loyalty, and who you love. If you don’t have those things, I don’t care what the blood says. You’re not family.” – Mira Grant