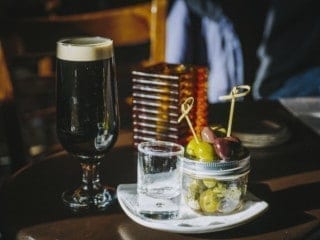 My Mother and Her Death

My mother’s death. It sounds so cliche. Maybe that’s why a mother’s death is cliche. It’s so important to the child. My mother was a heavy smoker and an alcoholic. She was a beautiful woman and did some fashion modeling when she was first married. Smoking and drinking were considered sophisticated and glamorous when she was a younger. Movie stars smoked and drank. Advertisements featured beautiful people smoking and drinking. My mother adopted the habit of smoking from need and because it was fashionably acceptable.  There are pictures of my mother smoking when I was a toddler and I know that she smoked during her pregnancy with me. Smoking was a part of the air that both my mother and I breathed. I remember waking up in the morning and I could smell the strike of the match on the flint of the matchbook from my bedroom upstairs.

The last time she smiled she was standing at her doorway wearing an oxygen tank that connected her to invisible plastic tubes. My husband, my two young daughters, and I were waving good-bye to Granny. We were leaving her. We were headed to the Phoenix airport to jet back home to New York City. My mother had been diagnosed with emphysema when I was in my late twenties. This meant that she had been smoking for about fifty years; one cigarette after another. She had stopped smoking and had became a self-righteous nonsmoker. The other factor about my mother was that she was an alcoholic with a huge personality. She talked loudly and often. She said things to people that were offensive, provocative. When confronted with her offensive comments, she would reply, “Well, it’s true.” My mother needed to be the center of attention even if that attention were negative.

She loved her scotch and water and her white wine. She was not a fruity cocktails sipper or a gin and tonics mixer. She liked the simple drink. Cut to the chase. She could never drink in moderation. I remember being humiliated by her dramatic, slurring ways; flirting with men, making fun of people, and critisizing me. It was a storm that I could see brewing in the distance but it was difficult to run for cover. I was exposed and vulnerable; no brothers or sisters to run to. Dad didn’t stand up to her and he didn’t protect me. He would leave her at parties to walk home alone or get a ride from another party-goer. On occassion he would smoke a cigar to “stink up the house” in retaliation for her incessant smoking. He was a kind man but he didn’t offer me solace. He worked a lot and was physically and emotionally absent. I was tethered to my mother.

My parents moved to Arizona in 1984. They sold the house in Michigan, where I had grown up, to abandon the cold and the ice. My father had been ill and wanted the warmth and my mother went along with the plan. My father died in 1990 and left my mother to navigate the next ten years of her life without him.

I remember the day that my mother called me from Arizona to say that she was going into hospice. She had been ill with emphesema for a long time and was tired of fighting. They doctors had her on oxygen and then she’d had difficulty breathing so they had put her on a respirator. My mother said that she was not about to live the rest of her life on a respirator. She was leaving on her terms. She called the funeral director from her hospital bed and made arrangements to be cremated and then she called me in New York City. Her only child. I told her that I wasn’t ready to say good-bye but she said that she was. I had two young children at the time but told my mother that I would fly to Arizona. She said that I didn’t have to. I could say good-bye to her on the phone. I said okay. My mother had put me inside the box again. Her box. There were five distinct sides and the lid was firmly in place.

Two days later I came to my senses. My mother had always told me what to do. This was her last directive and I had fallen into step. She directed. I followed. I called her at the hospice residence to let her know that I was coming to Arizona. The nurse held the phone to her ear and my mother mumbled something that was barely audible. She had been on a morphine drip and her body was slowly shutting down. I told her that I was coming and that I loved her.

I traveled the five and a half hours to Arizona and took a shuttle to the hospice residence. It was a sunny, Friday afternoon.  I walked into her sunny, bright room. I looked at the being lying on the bed in front of me. Her hair was pulled straight back off of her face with a headband. She never wore a headband. Her eyes were vacant. She was halfway between sitting up and lying down. I looked at this face that I had looked at my entire life. There was no glimmer in her eye. There was no theatrical voice, no dramatic gesture. There was no familiar greeting. This was a body snatcher. The body of my mother had been snatched from her soul. My mother, but not my mother.

I sat down and took hold of her hand and her long, slender fingers. The fingers that held the cigarettes. The fingers that had the beautiful, long, polished pink fingernails. The fingers that used to gently scratch my arm as we sat and watched TV together. The hand was cold and distant. I held it and said, “Hi, Mom. I’m here.” There wasn’t a flicker, a twitch, or a sound.

I sat there with my mother; looking at her face. Three minutes passed and then there was a sound. I realized that the sound was coming from my mother. It was a quiet sound; something like a cough or a clearing of the throat. Her head fell to one side and that was the end.  I began to circle my life. She had ushered me into the world and I had ushered her out.