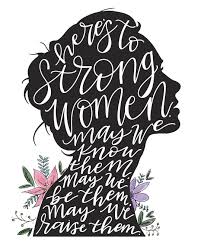 Catherine was determined to march to the beat of her own drum.  Often living her life in a constant juxtaposition, her nature to be assertive & aggressive verses the need to be a lady. Growing up in a farm community in a small town in North Carolina, she knew she wanted more for her life.  Her motivation to find work and have a better life, defined her decision-making process.  With a fearless spirit, she packed all that mattered, destined to travel to an unknown land.  She would be leaving behind the dirt roads of the Carolina’s and the tobacco farms of racism.  She would be moving to a city that held all the possibilities of her future.  In this journey is where her story begins.

Arriving in the city of New York, she was sponsored by a family to be a “mother helper.”  They paid her a wage to assist in watching kids and completing chores around the house.  Catherine believed that this was a small sacrifice to make in order to achieve her dream of interior design.  She would enroll in classes and learn as many skills necessary. During this time period young girls were expected to get married and have children.  This was not high on her list of things to do, but she succumbed to pressure and married her childhood sweetheart.  He did not hinder her growth but yet supported her path.  In a box she carried her hopes and dreams.  The life she always desired to have.  That box kept her focused.  It allowed her to work nights, attend classes and thrive despite what others believed.  However, these dreams were altered when she became a wife and mother.  Her responsibilities included nurturing, mentoring, supporting a family.  No longer could she focus only on her pathways, she had others to consider.

She had moved away from the dream of interior design as she climbed the corporate ladder.  Each sprung represented the effort she invested in having a better life.  Supervisor after supervisor saw potential and gave her chance.  But this growth still required her navigate the intricate role of motherhood.  Raising girls meant you needed to be present.  You needed to ensure that you were available for them when they faced life challenges.  Nights were not her own.  When she couldn’t stay late to finish reports, work had to come home.  But before that work could be addressed, she would need to get clothes ready for school, check on homework and bookbags, and place three girls to bed.  She would rise early to get them dressed, fix their hair as her husband saw them off to school.  However, her role as mother never stagnated her ability to grow in her career.  She worked hard and rose to become Assistant Vice president, now she was managing others.  Her life had built a harden shell around her.  Her smiles have become rare now, hidden behind an armor that alluded strength and perseverance.  Juggling the secrets of her past, the expectations of her present and the legacy of her future.  But it was her alone who designed her fate.  Not the world’s preconceived notions of what women should be, but her ambition to be better than what world said she would be.

Her Choice by Danielle is licensed under a Creative Commons Attribution-ShareAlike 4.0 International License.