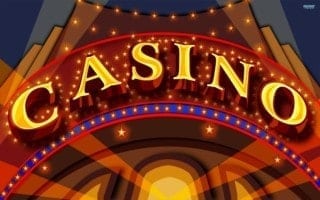 Chicago’s Casino should be located 31st and Lake.  Putting Chicago’s Casino on 31st and Lake would be an advantage to the Chicago South Side because the old hospital Michael Reese used to be there, but now its a super big empty lot and it isn’t being used. By putting the Casino on 31st it would benefit those who can’t get to Indiana but like to go to the Casino. It would also be a benefit to the south side because its an start of the south side getting money.  Chicago’s Casino would also benefit the people that like to travel to Casinos because they wouldn’t have to drive as much. People that don’t have cars that like to travel to the casino have to all the way to Indiana to go to the Casino. So just by putting it on 31st it would benefit those because they can catch a bus and/or a train.

Chicago’s Casino shouldn’t be built in other locations because  other locations already have multiple places that other people like to go. If you put the Casino anywhere downtown than it would be even more busy. If this Casino go downtown it wouldn’t make sense because downtown are very busy and there is nearly anywhere to park down . If the Casino go Indiana then that would not help us at all, that would only be giving Indiana more money and increase they wealth when the south side really need the most help and they also need to increase they wealth.

In conclusion we feel as if the Chicago Casino should be on 31st and Lake because there is an huge space that no one is using, and there is nothing there no buildings, no stores, and etc. If you agree with the argument i’ve made, please contact your local alderman and fight for the Chicago’s Casino to be on 31st and Lake.