What do we feel? 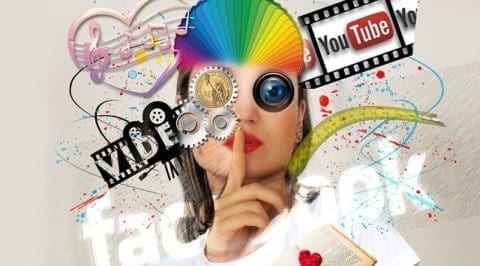 When you take a picture or look at picture do you tend to think what might have happened before or after the picture was taken. Social media nowadays is like the picture and whatever happens behind  closed doors are always hidden really good that people like you and me don’t really know what is going on those closed doors. We are now more cautions on how our online image looks like more then how we act in reality. We can just be a fake image we create just to hurt people. Just because we act in a certain way online people often think we act the same in the real life,which in some cases it isn’t true. This is were people like you and me get confused in the way people or at times we  live our lives.

Social Media and Life has a switch where go back and forth from because we have like two different lives and two different personas. This is when sometimes people get in trouble at times because nobody knows what happens between closed doors except the people involved in it. You may think this just happens to celebrities but this can happen to people like you and me. We all want to create a fake person we want to be because we are probably insecure of our own self. People often get in trouble for this switch of lives or for being this person here and being a certain person later because they’re trying to hide their own character is.

At times those individuals get so caught up in the moment that they don’t know the type of harm they’re causing for themselves and the people around them. Recently in the news we’ve seen so many scandals with celebrities getting into with other  people and getting called out for their actions in the past. But just because someone does something online doesn’t really pursuit them as a person in reality. This is what the media does to us.For example when a youtube or celebrity may be on a red carpet or filming a YouTube video but we as the audience don’t know what happens behind the scenes, or how they’re actually feeling.Recently there has been a internet scandal involving youtuber James Charles and a good friend of James, had exposed him due to his childish and petty behavior.

In this youtube video she explains how she doesn’t know him anymore and now that he’s famous he doesn’t know how to act. He thinks just because he has fame he can easily use it for his advantage. Which gives a good example on how there such a switch the internet fame. Tati also added that he was so quicker and put down people that were less “famous” then he was just because some comments were made of him. Now that’s very childish like why would you bring down people that was less than you ,why call them out?

This is where most influence tend to slip and fall and get trapped in drama and fame. They think they’re to good for anyone like what makes you so much better than them, is it because your popularity is some much higher and you want to seem like your in control and you have fame .In the James Charles scandal he is always pursuiting himself  as being nice and annoying on the internet but as you can see it isn’t really like this. It’s like someone that always may be so happy online but deep down inside they may be very broken and sad or the opposite. We wouldn’t know as the audience because we don’t get to see what happens before or after. So when these influencers or even regular people finally get to their breaking point they at times tend to blame the media because they keep their true colors in and their being  another person.

This is how the media makes us hide our true colors and hiding what we really feel inside in my opinion because we all want to be fine and let the whole world we are but at times in reality we really aren’t. So by keeping everything in we may explode and give up because we had let the person who really were go out and forgotten. We are too busy trying to up top one another that we tend to hurt and slowly become someone we’re not. This tends to everyone knowing you based on your online image then who you really are. For example when the video “BYE SISTER” came out James so quickly jumped into social media to apolgize his fans. You can clearly see by the actions taken that he cared more about his online image and wanted to save his back because he clearly got exposed for this person he created of himself and didn’t like the hate he was getting from not being real from the start.

What do we feel? by Anonymous is licensed under a Creative Commons Attribution-ShareAlike 4.0 International License.