Do you believe that it’s possible to change poverty and racism?

Home 2019 June 5 Do you believe that it’s possible to change poverty and racism? 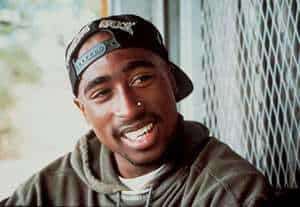 Is it possible to change poverty and racism? What happens when we blame ourselves for the oppression that we live with? What can we do in order to better our society? Tupac Shakur’s poem “Changes” raises these questions.

My first impressions of this poem were of changes. It makes me feel absorbed, yet, at the same time, alert. A line that especially evokes the first feeling for me is, “Give the crack to the kids who the hell cares.” The other feeling of alert   arises when I read the lines, “Give ’em guns step back watch ’em kill each other”. Perhaps because of the fact that both of those lines have to do with with violence or at least lead up to violence

What I know about the situation – what’s happening in the poem – is that tupac shakur is explaining what it’s like for the black community at the time and he’s also trying to make people understand the fact that we need to immediately make a change to all of the problems in our society. What I know about the speaker is that they are the kind of person who would try to use his popularity in the music industry to try and convince people to aid him in his wish to help out the problems we have in our society.  This is suggested by the line “It’s time for us as a people to start makin’ some changes.” The speaker seems to be speaking to everyone who would listen to him and understand that this is a very serious problem that we were dealing with at the time, and perhaps to someone who would just be interested in listening to what he had to say.  I say this because he never really has a certain part in the poem where he addresses the who he’s talking to. The only thing that he’s specific about is who this problem is affected. The poem doesn’t seem to spring from a particular historical moment. The poem revolves around several themes, including racism and violence.

The 3rd and 4th lines of the first stanza of “Changes” by Tupac Shakur shows that the majority of minorities have multiple thing`s to deal with, such as racism, which could branch out into different problems. It feels like this is the main meaning behind the entire poem since this problem seems to branch into other thing due to the fact that minorities at the time had to steal in order to survive. I mainly feel like the first stanza sets the stage for the rest of the poem. He writes, “is life worth living should I blast myself?” Why is he blaming himself? Introducing self blame, poverty and the results of racism is something that the first stanza creates.

In line 16, forces of despair and cynicism on the one hand and determination on the other pull away from each other.  This tension signals the poem’s turn. In the next stanza he seems to continue with the same persistent / determined mindset that he had from the beginning of the poem, as seen in line 17 where he said “Learn to see me as a brother instead of two distant strangers” this line shows me that he seems very open and accepting to many different. Figuratively showing that he is willing to accept others as family, as shown when he uses the word “brother”. This seems to be the main theme of the poem but in the next stanza he changes his motives almost completely. Accepting the one thing that he was going up against. Line 21 says “But things changed, and that’s the way it is” this line show how

In line 21, the speaker seems to step back from that determined stance where he’s attempting to reach out to his society and proceeds to talk about how things have changed. When he says “but things changed, and that’s just the way it is” it makes me assume that the world he experienced as a child has changed for the worse, the worse would stand for an increase in poverty, minorities on welfare, police brutality and an overall increase in racism. But Tupac has a very poetic way of manipulating his themes. He tends to go back and forth on what the meaning of the poem is. Another example of this back and forth topic is in the lines 44 and 57. In line 44 he states “but some things will never change” For me I feel like someone who’s trying to give such a hopeful message, should not be going back on what their trying to express. This also brings up the question

The poem’s form is a Lyric. This form is a vehicle for the content of the poem.  If the poem were a ballad, it would not guide me toward an understanding of the poem’s meaning.  the form shapes the meaning by showing how he is using his lyrical rap style to persuade and convince his listeners.

“A critical race theory interpretation positions the reader to read closely, and to investigate how the poem’s figurative language challenges the social construction of race and poverty.”

If this poem were a question, the answer would be “we all need to stop going against each other and start working as one so we can solve problems and not end up adding to it”.  If it were an answer, the question would be “what can we do in order to better our society”? The title suggests that we need to make some changes.