Can people change from violence? Can violence change anything?

Home 2019 June 5 Can people change from violence? Can violence change anything? 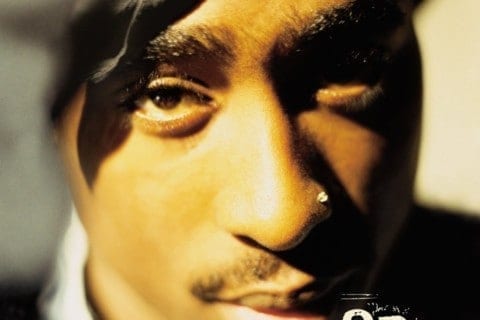 Can people change from violence? Can violence change anything? “Changes” by Tupac Shakur provokes these questions.  On the surface, “Changes” is a poem about the violence and racism in America. The police are corrupt and shooting black guys for no reason. White and black people can’t get along.  On a deeper level, however, this story is about Social Change.

The poem begins, “Come on come on”. These words suggest that Tupac is urgently trying to get something done. In the second line, Tupac “see[s] no changes”. The lack of punctuation in the line speeds up the tempo, and this change of cadence creates a despairing tone. In the fourth line, Tupac talks about how being poor and black is painful. He writes, “I’m tired of bein’ poor and, even worse, I’m black”. Why is he tired of being poor and black? Since he’s poor, he won’t gain much respect and he’s black, which doesn’t give many privileges. Living a poor lifestyle is difficult since you don’t have good housing or good food. Being black is worse since you have to deal with a lot more violence and hopefully not getting arrested for no reason.

In the seventh line, Tupac describes a cop being called a hero even though the cop just killed someone without any proof of the person being a criminal. He writes, “Pull the trigger kill a nigga he’s a hero”. The situational irony in this line deliberately contradicts the reader’s expectation, creating an uneasy feeling. The police can be corrupt sometimes. If they kill someone, they might be looked at as a hero. Why would the cop be called a hero? Since this poem talks about violence and white and black people never being equal, it seems that the police have the power to do anything like shoot people and they won’t be looked at as bad guys. Since their the protectors of the country, they are always looked at as good guys and a death to them is just a boost to their good reputation.

In line 15th-16th lines, The poem turns. Tupac says, “we can never go nowhere / Unless we share with each other / We gotta start makin’ changes,” asking for all this violence and racism to stop. This turn is a retrospective-prospective turn, sliding from the past and present to the future. Up to this point, he has talked about nothing changing, but now he claims we should start making changes. The repetition of “we” shows that people need each other for action to happen.


In the 61st line, “I still see no changes”, stating the problems in America like at the start of the poem. The repetition of “change” emphasizes the theme of social change, but in the end, nothing works and the violence still goes on.