Should people care about their own lives?

Home 2019 June 5 Should people care about their own lives? 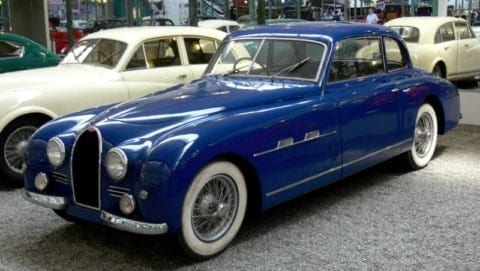 What I know about the situation is that the people in the poem are having their whole life being summarized. In the poem people are doing certain things such as drinking and “singing sins.” They are a person who clearly accepts life due to how in the last line of the poem they say “we die soon” as if the author doesn’t mind dying the slightest bit. What I know about the speaker is that they are the kind of person who thinks that you should live your life how you want even if it may get you killed.  This is suggested by the line “we real cool, we left school”. The speaker seems to be speaking to the reader, and perhaps to themselves. I say this because they could be reflecting on their own life. The poem doesn’t seem to spring from a particular historical moment. The poem revolves around several themes, including life and memories. If this poem were a question, the answer would be “that you should live your life to the fullest with good choices”. If it were an answer, the question would be “how should you live your life?”  The title suggests that it’s about cool people.

The poem “We Real Cool” by Gwendolyn Brooks brings up the question , “how do you want to live your life?”,  Should you make responsible or irresponsible decisions, and should you try to live your life to the fullest. The best out of these is  How do you want to live your life?” It features multiple times where people make decisions that are personal life affecting choices which is how they want to live their life.  On line 2 it says “ we left school” This could give the assumption that the people in this poem want to be dropouts. This questions the thought of deciding how to live your life by giving an example of a bad choice. Dropping out of school represents the bad choice in a situation compared to the better decision would be to go through with school and graduate. The idea has been amplified due to all of the times where they make large and very important decisions that express how they want to live their life.

The motif of a concrete image in We Real Cool guides the reader toward insight into how do you decide how to live your life. The word “we” followed by a two word description of something happens through the entire poem. These give a strong image on different things people choose to do and how it can be similar to the reader’s life and their decisions. The words the poet uses are things that are in the real world, such as school, gin, and die. These are real world things making it very easy for many readers to relate and feel a real connection to the poem.

A big question this brings up for me is if people acted very wildly in the 50’s. This poem was made in 1959 meaning that this poem is most likely about the 1950’s. The poem answers this question with multiple moments of decisions such as drinking and ditching school. This question surfaces through the idea that when you drink you can get drunk and when you ditch school you are choosing to loose your own valuable education. When you are drunk you  can do many extreme things that a person wouldn’t usually do. “Ditching” school would be a very surprising thing because from doing that it means that you will have a lot less future knowledge than a lot of other people who had the same chance at an education as you. Through lines such as “left school” and “drink gin”, “We Real Cool” shows that the 50’s were a time where people acted very wildly. My thoughts were not changed from anything happening around this time. Some might assume that events such as the Great Depression could make this poems time seem negative. However, the Great Depression ended in 1939, twenty years before this poem was made which makes it clear that there wouldn’t be a big reason for me to change my decision.

The poem has lines that show this such as line 1 of stanza 4. The line says, “Jazz June” as to indicate that people are listening to music and may be somewhere such as a club dancing. If they were at a club-like area then they would be acting wildly and possibly drunk in relation to the line, “Thin gin.” Another line related to acting wildly is, “Sing sin” on line 1 of stanza 3. Sinning means to swear or curse indicating that people are “singing” curse words or saying them many, many times. People wouldn’t usually swear a large amount for no real reason yet this indicates that people are constantly doing it.

My first impression of this poem was that it was going to be a simple description of someone’s life.  The poem intrigued me, yet, at the same time, made me suspicious. On line 8 the phrase “we die soon” especially intrigues me. It’s intriguing because of how in most cases you can’t predict death but this person somehow has the ability to say that they are going to die. However suspicion comes up when I read the lines, “We / Lurk late. We”.  Perhaps because lurk is an unusual word that you wouldn’t see very often and could mean multiple unique things. For example it could mean that they are lurking around so they don’t get caught stealing something.

The poem’s form is a dramatic monologue. This form is a vehicle for the content of the poem. The poem is constantly saying “we” as if the poet is talking to the reader. It could be thought that the poet is trying to say, “we did this. What did you do?” If the poem were an epic, it would not guide me toward an understanding of the poem’s meaning. We Real Cool shapes the form by telling their specific story to the reader. When the author is saying this, it’s like they are trying to tell the reader about a specific part of their life which could relate to the readers life.

Overall, this summarizes the multiple thoughts that this poem has brought up for me. It has brought up the question “how do you want to live your life” which has a connection to everyone in some way and was answered in forms through the whole poem. This poems motif has given the idea that throughout the poem the poet is trying to speak to the reader in a form. It’s additionally produced questions about certain time periods and the way people acted during them, as well as different impressions of the poem. It’s finally showed that Gwendelyn Brooks’ “We Real Cool has the form, dramatic monologue.

Should people care about their own lives? by Oliver is licensed under a Creative Commons Attribution-ShareAlike 4.0 International License.