Does life go by fast or slow, depending on what you’re occupied by?

Home 2019 June 5 Does life go by fast or slow, depending on what you’re occupied by? 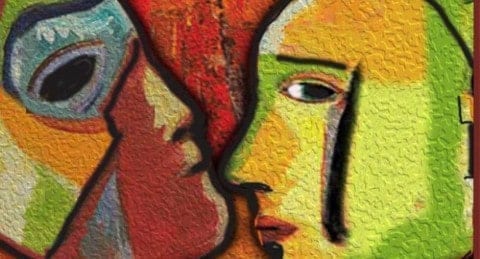 In the first four lines of the first stanza of the poem “As I Walked Out One Evening,” W. H. Auden introduces the poem by repeating its title and goes on to use a metaphor that rhymes which can spark a lot of different ideas for a lot of people. For me, I thought the stanza meant that a once-crowded block is now an empty, quiet field.

It seems though that one of my classmates, Oliver thinks differently,  he writes, “I disagree with your thought that the streets are empty because if the place is filled with wheat, people could be described as that wheat that the place is full of.”

A question about life that this poem brought up for me is “Does life go by fast or slow, depending on what you’re occupied by?” This poem answers that question for me by saying how, even with the “flower of the ages, And the first love of the world,” you should not let time deceive you because you can’t conquer it. Yes, time does go by faster when you’re having fun it’s just that W.H Auden put more exaggeration for effect in his poem. I feel that between lines 15-22 W.H Auden puts us through two perspectives of two different people. One that says how and why the years shall run like rabbits, and the other correcting what the first one said. An idea of mine that this poem has been encouraged but not taken advantage of is, How to live your life to the fullest?

My first impression of this poem was confusion.  The poem interested me, yet, at the same time, threw me off  and made me hesitant on thinking of a story for the poem to better understand it .  A line that especially confuses me is,

But what makes me hesitant comes up when I read these lines:

Perhaps because I am completely confused about what the poet is talking about and I cannot relate any parts of it to the line I used that confused me. Since I usually make an understandable story out of the poet’s words so it makes more sense to me, these lines make me hesitant on whether my story is going to be accurate or not to what the poet is trying to say.

What I know about the situation – what’s happening in the poem – is that a man is going on a walk one evening, and as he’s walking he sees things in real time and remembers things from the past. What I know about the speaker is that they are the kind of person who likes to build up to something just to break it down and start talking about something else. This is suggested by the stanzas:

The speaker seems to be speaking to the reader, and no one else, there are certain parts in the poem where he may be talking to himself, but these two stanzas the poet is speaking to us the readers.  I say this because it is like he’s telling us an experience he had in the first stanza, and then giving us warnings in the second. The poem doesn’t seem to spring from a particular historical moment.  The poem revolves around several themes, including love and time.

If this poem were a question, the answer would be “Only time can tell”.  If it were an answer, the question would be “Is time a gift or a curse?”  The title suggests the question.

The poem’s form is a rhyme.  This form is a vehicle for the content of the poem.  If the poem were a pastoral, it would not guide me toward an understanding of the poem’s meaning.  The way the poem rhymes is not random and is coordinated, where some rhymes even help increase emotion to the poem.

All poems have poetic turns; a rhetorical shift or dramatic change in thought and/or emotion. The turn my poem has; though it can be an ironic turn in some parts of the poem, the poem altogether seems like a dolphin turn. A dolphin turn is like a leap from one level of understanding or questioning, to being in the presence of the mystery of the universe.

I chose the poems poetic turn to be a dolphin turn because of its gentle shifting from two lovers to the inevitability of time that goes on throughout the topic.

To me, these stanzas show that it goes from an innocent love story later to a story about time destroying everything. I consider this a leap from one level of understanding to being in the “presence of the mystery of the universe.” As it goes from something cute and normal to something terrible and sad. In this poem the poet answers the question is time a gift or a curse by talking about how time has benefitted him but has also made him suffer. A few lines that prove this are,

These lines are exaggerated greatly by Auden but just show even more the answer to the question. Of course, you can’t fold the ocean and hang it up to dry, that just shows how strong his love is. Then goes on to say how no matter how strong or great, time will rid of it sooner or later, implied when Auden said: “Time breaks the threaded dances And the diver’s brilliant bow.”