Are people actually going to help you in the bad times?

Home 2019 June 5 Are people actually going to help you in the bad times? 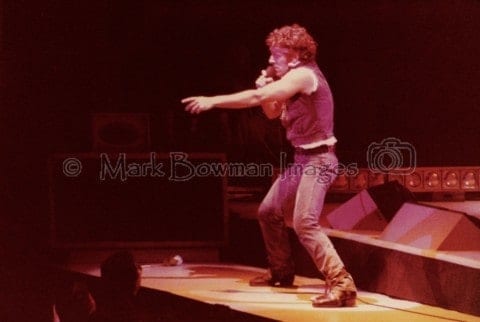 Bruce Springsteen’s song, “Born In the USA” makes me ask: Are people actually going to help you in the bad times? If they can’t do it, what makes you think people would? It’s basically saying that Bruce’s character was drafted. He helped but the US didn’t end up winning the war. The narrator got mad when he went back to nothing. Moving on with his life in the United States wasn’t an option for him.

The way that the narrator describes his pain, for example, is when he says “I’m ten years burning down the road / Nowhere to run ain’t got nowhere to go.” He’s basically saying that ten years have passed and he still doesn’t have the things to get his life in order, such as a job or social services. This poem changed the way I view the United States because I never really understood that the United States can leave someone to suffer after they just helped their country.

In the eight lines of the first stanza, the narrator was sent off to fight for the war against the Vietnamese, after having a bad argument in his hometown. He never knew that there were going to be consequences. Springsteen’s narrator says: “Got in a little hometown jam / So they put a rifle in my hand / Sent me off to a foreign land / To go and kill the yellow man.

Before he says that he got sent to the war, he says “The first kick I took was when I hit the ground.” He knew his life was going to be hard. He was afraid since the day he was born. After being sent to war, he came back and got rejected by the “hiring man.” He played the role of a man that was used for the war and he was betrayed by his country. This caught my attention because of how he helped in the war and didn’t get the serves needed to move on this his life.

After the service he provided to the USA they come out with nothing they don’t help him out. What makes it worse was the fact that,he didn’t go into the war alone he went with his brother “I had a brother at fighting off the Viet Cong/they’re still there, he’s all gone” mind you, he didn’t come back from the war with his brother, the narrator’s mom must have been sad that she lost a child and now their other child can’t get the sources to move on with his life.

When he was sent to the Vietnam War. he left his family with a kid,
“he had a woman he loved in Saigon / i got a picture of him in her arms now. how he went to the war so help people but then just because we didn’t win he still helped the US to just so the family could be disappointed but proud for helping his country fight the war even though they didn’t have a choice either they ran away before the day to fight they wouldn’t be able to come back for life, if they come back they would be killed. Or the easier way was just go to the war and hope you come back alive.

His family is probably proud of the fact that he went and died for a good cause to help his country, but that got him living his life dead with the fact that he never came back to his family like he said he would but then break that promise.that’s gonna make him feel disappointed. Afterward he didn’t make it past the fact he died, made her brother come alone, broke a promise for his family, wishing his brother good luck, then just all go away he hadn’t died in peace, his wish didn’t do anything, since the fact that he came back to nothing only to say ” “ son if it was up to me, then try again and got “son don’t you understand”.now after ten years pass he said “I’m ten years burning down the road nowhere to run ain’t got nowhere to go
“he never got the chance of a good life at the end family was hurt more family that has pass through this as well.