A Deeper Understanding of “To An Athlete Dying Young” by A.E. Housman

Home 2019 June 5 A Deeper Understanding of “To An Athlete Dying Young” by A.E. Housman 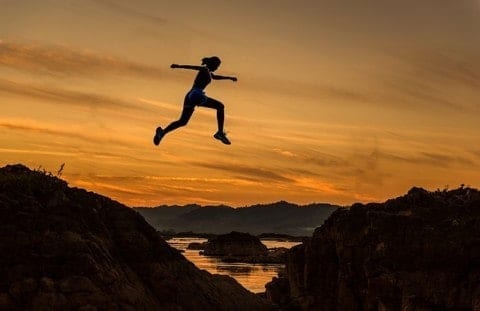 A.E. Housman’s 1896 poem, “To An Athlete Dying Young”, seems to be about an athlete taking on the obstacles of a running career. But is this poem really about an athlete?  Or is that just a symbol for something bigger than just a runner? As a reader, the poem is interpreted that it’s about something deeper than just a runner because throughout the poem the author mentions running two to three times in a seven stanza poem. One might also view the poem as it being just about an athlete. My idea on the poem has changed because as I kept reading and rereading the poem I had a deeper understanding of the poem because of the fact that the author only mentions running two times and race once, although there are little things that hint towards running there isn’t anything major that the whole poem is about just a runner. I think the author is talking about their life through a runners perspective.

In the third line of the fourth stanza, Housman is basically saying that when it comes to a sport or physical activity, cheering or silence can both be as scary. He feels as though being loud and cheering is worse than silence.  He writes, “And silence sounds no worse than cheers” how could cheers sound bad? What could he be implying when he says silence sounds no worse than cheers? why might silence sound worse than cheers? The question that would be asked as a reader would be, Why do people’s reactions on your achievements/performance determine how good you do? This question is for life because a lot of people get nervous under pressure or when there are too many people focused on their success. This poem shows that silence can’t be worse than cheers because of the distractions they cause. Many people might like the attention and people screaming and clapping at your performance or skill level. The author, on the other hand, seems to think the opposite about that, they think that silence is better than cheers. Why is that? Would an athlete really feel like silence is no worse than cheers? An athlete would love to be cheered on it helps them get through that sport and do better in it. That’s why it seems like the poem isn’t completely about just a runner.

My first impression of this poem was that is was confusing. It makes me feel interested, yet, at the same time, confused. A line that especially evokes the first feeling for me is, “Smart lad, to slip betimes away .”  The other feeling – of confusion – arises when I read the lines, “Will flock to gaze the strengthless dead”. Perhaps because in these lines they can be interpreted in many different ways. A reader may say the line “Will flock to gaze the strengthless dead” can mean that the athlete in the poem might “flock” but not run or flee, but instead meaning taking their own life to “gaze” the dead which might mean they flee this world as it gets too hard for them in this world so they take their own life. However many will disagree with the interpretation of the poem, but if you connect back to the poem “ To an athlete dying young” it makes a solid connection back to the poem title.

There is an athlete who would seem to be running away from something or after something to prove some sort of strength to someone. The author is the kind of person who goes into writing deeply and likes to have the reader thinking on a deeper level. This is suggested by the line “And the name died before the man.” The author seems to be speaking to an audience, and perhaps to the athlete himself.  I say this because there wouldn’t be anyone else the author would have made this poem for. The poem doesn’t spring from a particular historical moment or culture. The poem revolves around several themes, including inspiration and overcoming.

If this poem were to be a question, the answer would be “Success can be very difficult to achieve once you have already been forgotten by many.” If it were an answer, the question would be “What does true success mean to you?” The poem has dramatic monologue. This is a vehicle for the content of the poem. If the poem were to be a couplet, it would not guide me toward an understanding of the poem’s meaning. The dramatic monologue guides me towards a deeper understanding because of the fact that the poem feels as if the author is talking directly to the reader about the different ways to interpret this poem.

In their page on A. E. Housman’s poem “To An Athlete Dying Young”, the Poetry Foundation notes that “it is not only war but nature, too, that brings on thoughts of death in Housman’s poetry.”  Their page brings upon the idea that the poem is about a “war” and death, but as a reader of their analysis of the poem, it might not be a literal war.