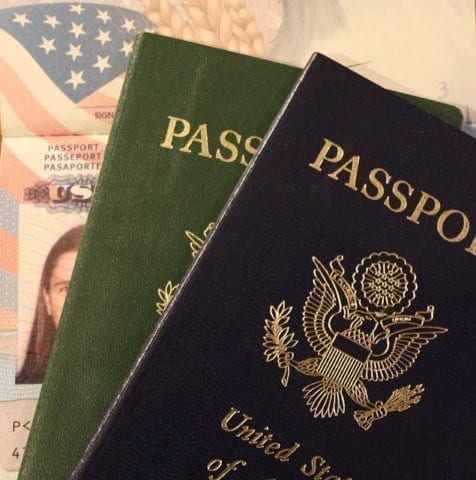 Undocumented immigrants are seen as many different things depending on the person. Someone who has knowledge of what being undocumented really is and what it means may have a different perspective than a person who has been raised in this country their whole life without any type of exposure to any non-citizens. The problem with those who are not educated on what being undocumented is and means is that they speak on the topic solely based on their own opinions and bias. The argument of that undocumented citizens live in this country without papers and therefore are here as “freeloaders” who do not do taxes is absurd. Being undocumented simply means that an immigrant who is not authorized to be in the country. It does not mean they don’t pay taxes, or steal jobs, or do illegal things, or that they sneak across the border.

Undocumented immigrants pay millions of dollars in taxes every year, just as everyone else, and steer away from illegal activity. Hundreds of families are extremely careful when it comes to the law because why would they do illegal activities? To just get sent back to their homeland? It’s incredibly stupid and contradictory to risk getting sent back to a place they left for a good reason. “According to the U.S. Chamber of Commerce, while the overall percentage of immigrants and the number of undocumented immigrants in the U.S. both increased sharply between 1990 and 2010, the violent crime rate in the U.S. during that time plummeted 45 percent and the property crime rate dropped by 42 percent.” (ADL) This proves that undocumented immigrants and crime do not coincide in any way. Filing taxes consistently is one of the laws many undocumented immigrants follow in order to not only not get sent back, but also to do their part for the country they reside in. “The National Academy of Sciences concluded in 2016 that immigration, both legal and illegal, benefited the economy. It said that the average immigrant cost state and local governments about $1,600 a year from 2011 to 2013, but that their children and grandchildren paid far more in taxes than they consumed in public services.” (NYT) This further proves that not only do immigrants follow the law, but pay thousands of dollars in taxes – and possibly pay more than an American citizen.

Undocumented immigrants are also constantly harassed for “stealing jobs.” This is a total and complete myth. Undocumented immigrants are treated poorly and are often only considered for jobs that are minimum wage (or lower) and have long, tiring hours of labor. These jobs require tons of labor, but pay only minimum wage. These jobs are not being “taken” by undocumented immigrants, employers exploit them because they know that these people are very unlikely to take legal action in fear of losing their jobs. “In 2017 research conducted by the Cornell Farmworker Program, 30 New York dairy farmers told us they turned to undocumented workers because they were unable to find and keep reliable U.S. citizens to do the jobs. That’s in part because farm work can be physically demanding, dirty and socially denigrated work. More importantly, it is one the most dangerous occupations in the U.S.” (CBS News) This shows that no jobs are taken, because no US citizens wanted them in the first place. These jobs exist, yet it is rare that a US citizen would take such a job because it does not pay enough for the labor and therefore proves that no jobs are being taken away.

Many undocumented immigrants never even “snuck across the border”, they passed through to this country legally with all the papers they needed. They come here for a better life, for themselves and the rest of the family.  “More than 60% of undocumented immigrants who arrived in the US in 2016 (the latest data available) overstayed their visas, not crossed the border illegally, according to a new report by Center for Migration Studies (CMS)” (Quartz). This proves that most don’t cross the border illegally, this stereotype is just repeated over and over to criminalize/dehumanize undocumented immigrants in order to make them seem like criminals and/or lazy. “Getting legal” is not as easy as filling out a job application. Why haven’t they attempted to become legal? To put it simply – they can’t. “Even in the many, many cases where undocumented immigrants have been in the US for decades, married, had US citizen children, worked and paid taxes, started businesses and bought homes, there is no way to obtain legal status. An undocumented person already in the US could be sponsored by a US-citizen child — but the child must first be 21 years of age or older, and the undocumented parent would still have to get into the long family-based immigration lines, resulting in a wait of 20 years or longer.” (America’s Voice)  While it’s not impossible, the wait takes too long – and in the long wait, undocumented immigrants will continuously be subjected to unjust treatment and laws. Not to mention not every undocumented person has a US born child. There are different situations for every undocumented immigrant, and in every situation it’s nearly impossible to become a legal citizen.

Undocumented citizens are many things – criminals, free-loaders, and thieves are not one of them.

Undocumented by alvizo is licensed under a Creative Commons Attribution-ShareAlike 4.0 International License.