Haunted Houses: Is the Money really worth the Scare ?

Home 2019 June 4 Haunted Houses: Is the Money really worth the Scare ? 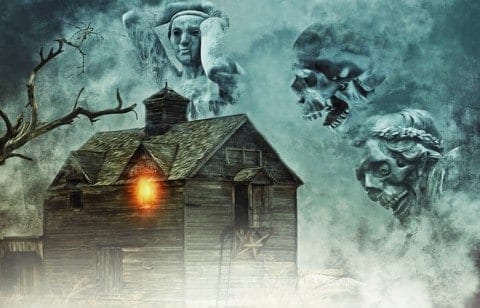 Thrill seekers flock to all and every haunted house especially during the season of halloween. Some people actually enjoy to be frightened going to the scariest and pricest haunted houses in search for the greatest scares.

What use to be a holiday for kids to get free candy and make handmade costumes. Adults now celebrate the holiday too going to the scariest haunted houses that charge way to much for the experience given.

In my personal experience, I’ve been to haunted houses that charge way too much. I do this because I truly want to be frightened. If I go to a haunted house I want to be dragged across the room like in Paranormal Activity.

I’ve been to the very popular 13th floor haunted house in Chicago. It had spooky decorations ,but it wasn’t scary. Many of the scares were ruined because you go in groups. The people in front scream and get scared first , which ruins the experience for the people in back because now their aware a scare is approaching. My experience here wasn’t the best ,but it wasn’t the worst.

Anthony Ocasio also went to the 13th floor and left a comment on his experience he said “Definitely not worth the $$. In my opinion it’s great for ages 16 and younger. For adults honestly thought the Purge was scarier. They didn’t section off groups properly ,running into people and you can see where the actors jump out due to many people in at once.”

I also think they should only have a couple people in at a time because you can’t enjoy the scares in a crowded space, expecting the scares, and being able to see where the actors are going to scare you.

Allison Iverson also commented she said “They were missing a lot of actors because 35 to 40% of the rooms had no one in them. Obviously understaffed.”

I dont think its worth the money to go to haunted houses at Amusement parks haunted because they charge as much as $65 dollars. It’s not worth it because many of the houses are less than 10 minutes for a almost 2 hour wait. You can go to a couple little houses ,which is good but they trick you because with the hours of waiting you won’t be able to go to all them. Before you know it the amusement park will be closed.

If your going to a haunted house you should make sure to read reviews. You should also ask around and see how people’s experience was. That way you have a idea if its worth your money. Then again people think certain things are and aren’t scary. So just because you might not like it doesn’t mean everyone will too.