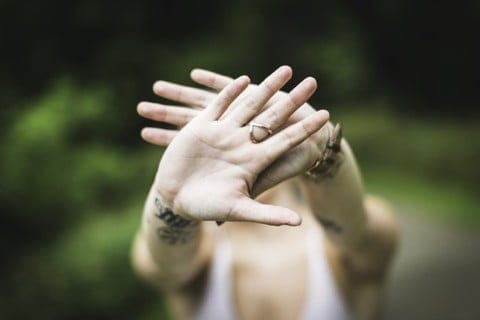 My hands were shaking, I can feel my face heat up and turn into a shade of red. I kept repeating the same word “umm” for what it felt like hours unit my teacher finally spoke up and asked if I had anything else to add. I quickly look down and shook my head no, even though I had about ten things left to say but I just couldn’t speak as much as I wanted to. As I sat back down, my teacher told me that I would have to do my presentation all over again the next day.

Since I can remember I have always been a shy person, when it came to school I was never the one to raise my hand even though I knew the answer. I honestly can’t tell you how I became this shy person, who blushes and turns really red when someone calls my name or puts me on the spot. Being shy in school, we are the main target of teachers, who want us to participate and hear us say at least one thing in the whole school year. The only time teachers and students hear you say something is the first day of school when they make you say your name to the whole class, while you’re getting all red, trying to avoid eye contact with anyone.

As a shy person, there have been times that a person didn’t know we had a class together or they didn’t know my name. What many don’t get is that like many other students I don’t like coming to school but most students also don’t have to worry if you are going to talk in class if a teacher going to call on them because they easily talk in front of the class. I don’t get called out by my teachers everyday, but there are times that they do and I honestly believe I have developed a sixth sense where I get nervous even before they call my name. When I do have to talk, my teachers tend to repeat the same questions “can you speak up” or “can you say that again I can’t hear you, can you guys hear her?” and I get if they get annoyed repeating them but we also get annoyed hearing them. Throughout the years, shy people have their fair share of teachers who really want them to participate and will get any chance to call on them. I understand that teachers want them to participate, so they can express their opinion but what they don’t understand is that we do have opinions on everything of course and sometimes we would like to be heard. But the power of nervousness and shyness are too high to actually participate. I do think it is a good thing that once in a while you should get them to participate and interact with others. Shy people encounter different type of teachers, but I think that teachers should know that not all shy people are the same.

There are some shy people what actually want to talk but they either don’t know how, without getting all shy and quiet or they simply can’t talk in front of the whole class. There are also shy people who are actually talkative whether it is with their friends or just simply outside the class. So you might see them outside of class talking, laughing maybe even being a bit loud when they are around their friends and that’s because they go close to them meaning they got to know them personally so don’t expect them to be like that inside the classroom.  I once had this teacher, that talked to me after recess asking me why I couldn’t be as loud as I was in recess when I gave presentations and response was “I don’t know”. It might depend on the person,as they might have a specific reason why they can’t talk in front of the class or they simply don’t know why.

Shyness by Ruth is licensed under a Creative Commons Attribution-ShareAlike 4.0 International License.