Raising Awareness For The Homeless NYC

Home 2019 May 24 Raising Awareness For The Homeless NYC 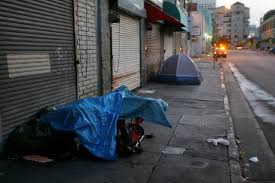 The overall goal of our project was to spread as much awareness for the homelessness issues in NYC. Our project was not as successful as we had hoped it to be. We were expecting the issue to spread a bit more than it did.

The views on our blog posts were a moderate amount. For instance, the largest views we got on a post was 12 views. It wasn’t as high as we expected and 12 views in our opinion isn’t the most we could’ve gotten. It definitely did not go mainstream or get the attention of many people. However, at least it reached a good handful of people which is still a start.

Overall, according to our evidence, our project was not as successful as we hoped. Although we received 26 signers, our largest view on a post was only 12 viewers. If I had to do the project again, I would’ve put more care when it came to promoting our blog. I would’ve reached out to more people. Furthermore, I would’ve put more entertaining and click-baiting. This would’ve caught the attention of even more people and hopefully would have brought in more views and petition signers. Please check out our blog to see the blogs related to our project. https://helpingthehomelessnyc.wordpress.com