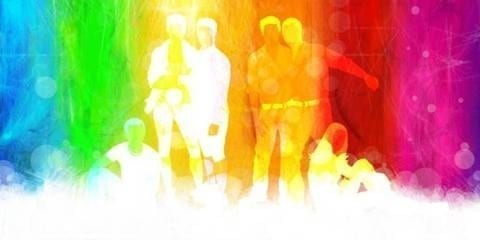 Hello, my name is Asheyanna. In February, three of my classmates and I decided to start a blog to help spread awareness of the accessibility of proper healthcare that those of the LGBTQ+ community face. Just because people have different sexual orientations and gender identities that people may not classify as “normal”, does not mean they should be treated any less than human. However, things have gone to a new extreme. Now, people of the LGBTQ+ community are struggling to access proper healthcare. In several articles such as Discrimination Prevents LGBTQ People from Accessing Health Care, LGBTQ patients reveal their exhausting, infuriating, and surprisingly common struggles at the doctor’s office, and The problems with LGBTQ health care, we are able to see that when going to the doctor’s office, LGBTQ+ adults are finding themselves having to putting up with discrimination as well as cluelessness. After starting our blog, we also started a social media account to promote our blog, as well as started a petition. Though we have been putting in effort, our projects have not been successful.

Other than being refused proper healthcare, nurses and doctors don’t seem to be knowledgeable enough about their issues. These are only a few of the problems that LGBTQ+ adults face. We want to solve the issue of LGBTQ+ discrimination in healthcare settings or organization. It was established by the Affordable Care Act (AFA) that the LGBTQ+ community is to be protected from discrimination. Our president, Donald Trump is working to repeal the AFA, which will leave the LGBTQ+ community vulnerable to discrimination. This needs to be prevented by having our representative in congress vote against repealing this law. Though we have been putting in effort, our projects have not been successful.

Over time, we have made very little progress. While our blog gained no followers, we did receive around 50 views. Our most views on one day were 37 views on May 20, 2019, which was located on our homepage, and allowed our viewers to view most of our blogs. Our instagram account gained 41 followers. In our bio, we included the link to our blog which would be one of the first thing our viewers see. So far, our petition gained 27 signatures.

In conclusion, three of my classmates and I started a blog in February to bring attention to the fact that people of the LGBTQ+ community were not able to gain access to proper healthcare. After starting our blog, we also created an instagram account and a petition. However, in the end we made very little progress with only 50 blog views, 41 instagram followers and 27 petition signatures. If we could start this entire project again, we would make sure to do a better job of promoting our cause by telling our friends and having them tell others as well. And if we were comfortable with it, we could have also promoted on our private/individual social media accounts.

Our LGBTQ+ Project by Ash is licensed under a Creative Commons Attribution-ShareAlike 4.0 International License.