Helping the Homeless in NYC 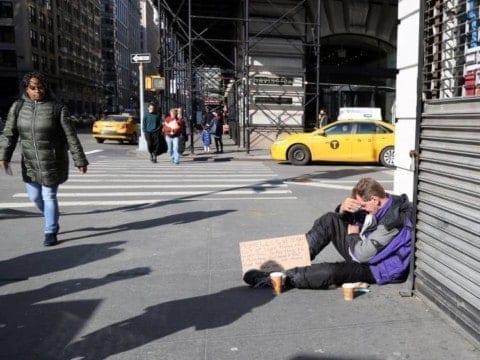 Over the course of this semester, me and other students have been working on a project regarding helping the homeless in NYC. Unfortunately, my group and I weren’t as successful as we wanted to be. Our blog posts got very little views. The most views a blog post got was 12 views, which isn’t a lot. In addition, the petition got 26 signatures. I think if we got more signatures it would’ve been better. On social media, specifically instagram, we gained 55 followers. This was somewhat a success since other accounts that want to help the homeless followed us and commented on our posts. The comments they made were positive and they also gave us other things to think about and discuss in our posts.

The overall goal of the project is to help the homeless in Nyc, however, the blog posts can apply to other places around the US and even the world. I don’t feel that our project was a successful as we wish it would be, however, our social media posts did have a bigger impact on people than our blog posts, since people use social media more. In addition, people also signed our petition, which shows that people want to help the homeless.

The project was surrounding helping the homeless in NYC. We hoped to help the homeless in NYC since the number of homeless has been increasing over the years. As people in that live in NYC, we should help out people that are less fortunate than us and give them hope.

In conclusion, over the course of this project, i was able to gain knowledge on issues the homeless face in NYC. I believe that if we were able to promote our blog posts more, our project would be more successful. If i were to do this again, i would also promote our blog posts on our social media platforms such as facebook and twitter. In addition, i would probably emphasize the fact that people should go and check out our blog posts.