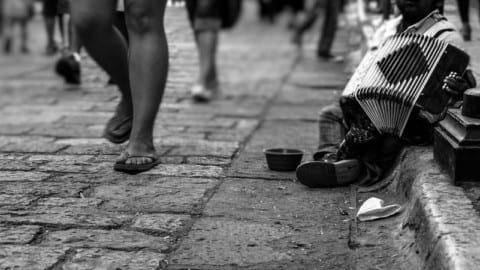 This February, I was given to project by my technology teacher to digitally advocate for something I wanted to change in my city. I chose to advocate for the impoverished people of New York City. Throughout my life I have seen and met people that have at one point in their lives, had to face the harsh realities of poverty. My overall goal was to try my best to help those people and others just like them in this city so that they can live better lives. I wanted to be able to say that I made a difference in someone’s life. However, I don’t believe that my project was successful. With the small number of views, followers and signatures, my project did not make a difference in someone’s life, as I had hoped.

My project was also not a success because the low activity on my petition. Throughout the passed three months I only gained six signatures, two from me and four from my friends. Also, my petition has gained no comments and no donations.

Overall, I think this project was a fail. My small number of views and petition signatures are a prime example of this. However, there were steps that I could have taken in order to make the results better. I could have tried to spread the word about my mini-movement more by talking to more people about it, not just close friends and family. Also, to better my blog views I could have written more informational posts, similar to the one with 19 views (“The History Of Poverty In NYC (1900-2019)”). To conclude, my project “End Poverty NYC” did not turn out as planned.

Check out my project for yourself: