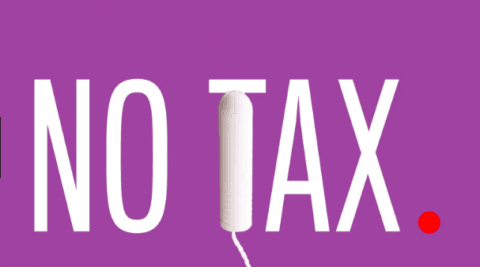 The Tampon Tax is a sales tax which is applied to menstrual products. The goal of my project was draw attention to the negative impacts of the Tampon Tax with attempt to remove this sales tax. However, our project has not been very successful.

My project has not been successful since we have gotten a very little amount of views and the amount of signatures has also been very little. For example, my most viewed blog post only has 2 views which shows that our blog isn’t getting very much attention.

Another reason it wasn’t successful was because my most viewed blog post didn’t receive any comments. This conveys that none of the viewers wanted to comment their opinion which means that our blog wasn’t very popular.

Throughout the creation of this digital activism project, I have realized what can truly make a blog popular. Our blog wasn’t very interesting to the public eye which shows that this isn’t a topic that is greatly favorable. With only two views on our most viewed blog post and no comments, the analytics present that our topic wasn’t popular and we didn’t bring much attention to our topic. We only had 24 signatures, which shows that not many people saw our petition and our blog posts. This is significant because it portrays the idea that our goal was not reached and that both our petition and digital activism blog were unsuccessful.