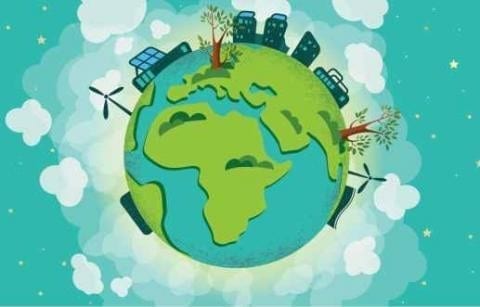 The overall goal of the project was to raise awareness about littering and its consequences on the environment. The purpose was to keep the environment clean and abolish littering, therefore sustaining the overall sanitation of New York City. We created a blog and posted on it every week, informing people about this vital problem in New York City and how people can contribute to solving it.

The project was not very successful because it did not receive as much attention as our group wanted, in terms of views and signers for our petition and blog.

Our project wasn’t successful because we didn’t promote our petition that much on social media. This is probably why we only had 4 signers. According to the data, our petition had only 4 signers and no constructive comments. It was promoted only once on social media, and once on our blog. Promotion and advertising is a big part of getting support for petitions. Our group didn’t really advertise or promote our cause of purpose of the petition, which resulted in the very few signers.

Additionally, our blog didn’t receive too many views, perhaps because our blog wasn’t very appealing to the audience. Specifically, it only got two views, and received the most views in February. Our first post received the most views, probably because we described our purpose and concern. In addition, our blog only had 3 followers. The small amount of recognition most likely resulted from the lack of promotion or advertisement.

All in all, our project wasn’t successful because of the very little amount of followers, views, and signers. This was due to the lack of promoting and advertising. If we were to start this project over, we would need to make our blog’s homepage much more appealing and promote our blog and petition more on social media. We would have to work harder when advertising. During this process, I learned a lot from others and their creative methods of advertising. For instance, I used to get a lot of emails from various different petitions, convincing people to sign and strategically describing their mission. Our group didn’t promote our petition via email. Therefore, that probably could have been an effective promoting method, through which the whole school would be able to view our cause. Nevertheless, I am happy that our group was at least able to spread awareness, even if wasn’t very consequential, about an issue in New York City that needs attention and has dire consequences on human and marine life. We attempted to promote a good cause and make a change, and although it wasn’t successful, we can apply what we learned in real life and allow our actions to reflect the change we seek in the community.

Sanitation In NYC : Project Reflection by Ritwika is licensed under a Creative Commons Attribution-ShareAlike 4.0 International License.